Less than one in seven commercial drivers believe police are doing enough to help them prevent their vehicle being used in a terror attack. 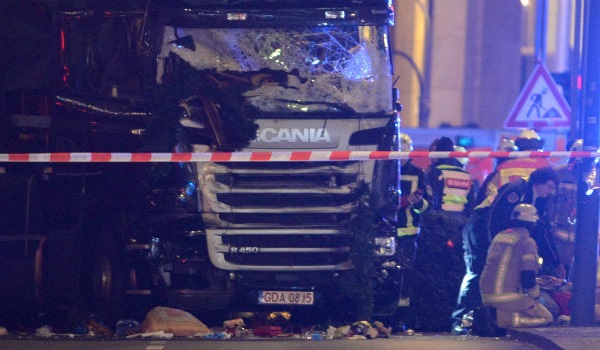 Less than one in seven commercial drivers believe police are doing enough to help them prevent their vehicle being used in a terror attack. Data released by road transport industry trainer Fleet Source shows more than half of drivers are worried their vehicle could be stolen for use in the growing trend of vehicle as a weapon (VAAW) attacks. However, just 15 per cent feel properly supported by police forces to guard against this threat  and nearly three quarters have been offered no or little training to protect themselves. Another 17 per cent were unaware of any policy in their company about allowing hitchhikers into their cabs. Nick Caesari, managing director at Fleet Source, said: This is a very serious matter, terrorists are opportunists and operators should consider implementing policies to prevent their drivers from allowing strangers into their cabs. For example, knowing what identification government authorities should be providing to be able to identify whether the individual is legitimate. Being educated on these policies can help protect drivers and the public from the risks of terrorism. Although many recent VAAW attacks have involved rented vehicles, such as last Marchs incident at Westminster, others across Europe have seen terrorists steal large commercial lorries. In December 2016, the perpetrators of the Berlin Market attack stole a truck from a Polish haulage company  killing the driver  before ploughing into crowds in the deadliest German terror atrocity since 1980. And on April 7 last year, a hijacked lorry was deliberately driven into pedestrians in Stockholm, killing five and seriously injuring nine more. The Fleet Source figures show 64 per cent of commercial drivers who regularly operate in a city are worried about their vehicles being taken for VAAW attacks, as are 42 per cent of out of city operators. However, nearly a quarter either do not have or are unaware of company policies regarding vehicle security while doing drop-offs. Just 12 per cent said they would be totally confident in knowing that someone who stopped them claiming to be an undercover police officer was genuine. Seventy-six per cent were in favour of more training to learn about the safety precautions they should implement. A respondent to the survey said: With a greater emphasis placed on drivers and the security of the vehicle, we can make a difference in minimising the risk of one of our vehicles being taken and used in a VAAW attack.