Tributes have been paid to the chief executive of the Gangmasters and Labour Abuse Authority (GLAA) whose unexpected death on Wednesday (December 27) was announced today. 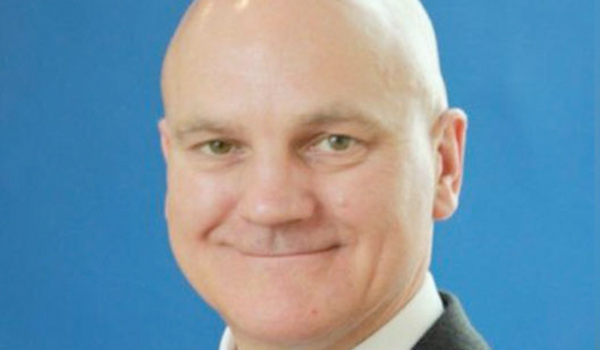 Tributes have been paid to the chief executive of the Gangmasters and Labour Abuse Authority (GLAA) whose unexpected death on Wednesday (December 27) was announced today. Paul Broadbent became the GLAA chief executive after a distinguished police career and the news of his passing has left current and former colleagues devastated. A statement on the GLAA website said: It is with profound shock and deep sorrow that the GLAA announces the sudden death of our chief executive, Paul Broadbent. Our thoughts, prayers and condolences are with his family and friends who have asked for privacy at this distressing time. It said the 54-year-old former Nottinghamshire Police assistant chief constable will be mostly remembered for his time after leaving policing when his vision, determination and a liberal sprinkling of the charming Yorkshireman that he was ensured people of influence listened to him. He was a warm, funny, generous man, who cared deeply for GLAA colleagues and was hugely passionate about tackling the scourge of modern slavery and labour exploitation. His death is a shattering tragedy for those of us who knew him and the world is a far poorer place without Paul Broadbent. Today, the GLAA family has lost its figurehead, its leader. We will grieve for Paul and his family and then set about honouring his legacy. His former police colleagues paid tribute on social media. Lancashire Constabularys Deputy Chief Constable Sunita Gamblin said: Shocked to hear, sad news about sudden death of Paul Broadbent, who led the way in modern slavery for @UK_Glaa #RIP and thoughts with family. Matt Tapp was Nottinghamshires Head of Communications during Mr Broadbents time there as the assistant chief constable, and has since provided consultancy support at the GLAA. He said: Paul was the very definition of strength, resilience and courage and his death came as a huge personal shock to me. You could not spend time with Paul without being infected by his positivity, his zest for life, his passion for policing, his humour, his loyalty, and his dogged, steely determination to lock up the bad guys. His death leaves a huge hole in many peoples lives and the world, and policing, is far poorer without him. Staffordshire Chief Constable Gareth Morgan tweeted: Such sad news. Paul was enthusiastic & passionate about everything he did and always great company. He made a huge difference in policing and latterly tackling #ModernSlavery. Andy Leonard, Modern Slavery Regional Co-ordinator for the Yorkshire and Humberside Regional Organised Crime Unit, said: This is a tragedy for his family. I heard yesterday and found this news really shocking and upsetting. He will also be missed terribly in the modern slavery community. His presence and charisma made a huge difference nationally. Mr Broadbent first joined Cumbria Constabulary before moving to South Yorkshire Police, where he rose to the rank of chief superintendent. He was appointed assistant chief constable at Nottinghamshire Police in 2010 before becoming GLAA chief executive in January 2013.