Collapse of hundreds of prosecutions due to rape case failings

The Crown Prosecution Service (CPS) has admitted systemic disclosure issues after more than 900 criminal cases were reportedly dropped last year due to a failure by police forces or prosecutors to disclose evidence. 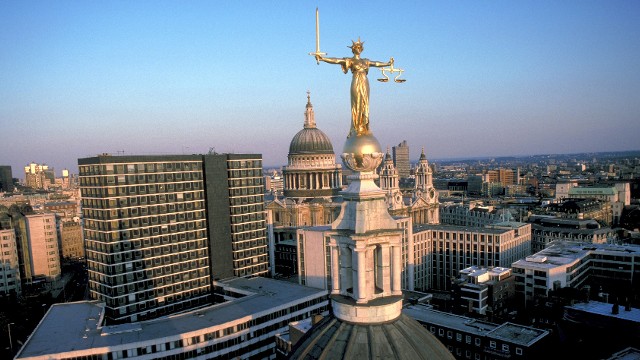 The Crown Prosecution Service (CPS) has admitted systemic disclosure issues after more than 900 criminal cases were reportedly dropped last year due to a failure by police forces or prosecutors to disclose evidence. This marked a 70 per cent increase in the number of collapsed cases over the course of two years, according to figures obtained under the Freedom of Information Act (FoI). The BBC findings revealed 916 people had charges dropped last year due to a failure to disclose evidence  up from 537 in 2014/15. The CPS said the number of dropped cases represented just 0.15 per cent of the total number of prosecutions. The news comes after the high-profile collapse of several rape trials, with both Surrey Police and the Metropolitan Police Service (MPS) announcing reviews of their sex crime investigations after rape cases were dropped. On Friday (January 19), prosecutors dropped the case against 19-year-old Oxford University student Oliver Mears after new evidence emerged in a long-running rape case. Guildford Crown Court heard the evidence  a diary that supported Mr Mears case  tipped the balance of the case in his favour. Surrey Police apologised immediately and announced a review of its current rape investigations to ensure they are compliant with policy and guidelines. In December, the trial of Isaac Itiary, who was accused of raping a child, collapsed when new evidence came to light. During Mr Itiary`s trial, the MPS failed to disclose messages which showed the girl, then 16 years old, had told the defendant she was 19. The same month, the trial of Liam Allan, who faced 12 counts of rape and sexual assault, was also halted. The case against Mr Allan was dropped when it emerged evidence on a computer disc  which officers had looked through  showed messages from the alleged victim pestering him for “casual sex”. The recent collapses have heightened concerns that evidence is not being disclosed early enough, and that the rules are not being followed. Angela Rafferty QC, chair of the Criminal Bar Association, said barristers face a daily struggle in respect of disclosure, delays and all the other disastrous consequences of a system that is openly described by MPs as at breaking point. The new figures reveal the total number of people whose trials have ended or the charges against them dropped due to a failure to disclose evidence:  2013/14: 583;  2014/15: 537;  2015/16: 732; and  2016/17: 916. Over those four years, the number of completed prosecutions fell by almost 150,000 cases  from more than 736,000 in 2013/14 to just over 588,000 in 2016/17. A CPS spokesperson said: We prosecuted more than 588,000 defendants in 2016/17 and our conviction rate was 83 per cent. The number of unsuccessful outcomes due to disclosure issues represents 0.15 per cent of these prosecutions. That is still too many, however, and we are clear that there are systemic disclosure issues across the criminal justice system which will require a collective effort in order to bring about improvement. Getting this right is a priority, and along with the police and other criminal justice partners we are working to improve how we fulfil these vital disclosure obligations and ensure that cases which should not proceed are stopped as early as possible. Last week the Director of Public Prosecutions chaired a seminar with senior figures from policing, the judiciary and legal profession to discuss how this may be achieved. This was a constructive discussion that generated concrete proposals which we will be pursuing to encourage early, effective engagement between the police, prosecutors and defence, added the CPS statement.