Coercive control offences have nearly doubled in the past year as the number of domestic abuse-related crimes reported to police jumped by 24 per cent.

However, referrals of all suspects to the Crown Prosecution Service (CPS) for a charging decision fell 11 per cent according to the latest figures released today (November 25) by the Office for National Statistics (ONS).

Coercive or controlling behaviour was established as a criminal offence in the Serious Crime Act 2015, and 9,053 offences were recorded in the year ending March 2018. By March this year, this had risen to 17,616.

However, the ONS said such increases were common for new offences and “the rise could be attributed to improvements in recognising incidents of coercive control by the police and using the new law accordingly”.

The police recorded 746,219 domestic abuse-related crimes in the year ending March 2019, an increase of 24 per cent from the previous year, which the ONS said could be due improved recording by the police and increased reporting by victims.

However,  only 98,470 suspects in domestic abuse-related cases were referred by the police to the CPS for a charging decision, down from 110,653 in the previous year.

Police made 32 arrests per 100 domestic abuse-related crimes in the year ending March 2019, equating to 214,965 arrests in the 39 police forces that supplied data.

The charging rate in the same period was 74 per cent, a small decrease compared with the previous year (76 per cent).

More three-quarters of domestic abuse-related CPS prosecutions were successful in securing a conviction in the year ending March 2019, a similar level to the previous year.

A spokesperson for the ONS said: “There has been little change in the prevalence of domestic abuse estimated by the Crime Survey for England and Wales in the past year. Although the number of crimes recorded by the police has increased by nearly a quarter in the past year, this may reflect improvements in police recording and an increase in victims’ willingness to come forward.

“Of those crimes that were recorded by the police, fewer suspects were referred to the CPS than the previous year. For those that appeared before the court, more than three-quarters resulted in a conviction for the perpetrator of the abuse.”

Adina Claire, acting co-chief executive of the charity Women’s Aid, said it was “encouraging that the coercive control legislation is being used more and that recorded incidents have almost doubled”.

“Despite this, police are making fewer referrals to the CPS and there has been a decrease in the proportion of female victims reporting domestic abuse to the police.

“What these statistics show is that, while domestic abuse can happen to anyone, women experience the most severe and repeated forms of abuse. Eighty-four per cent of homicide victims killed by a current or former partner are female, which shows why specialist refuge services for women, including expert services for black and minority ethnic women, have to exist.” 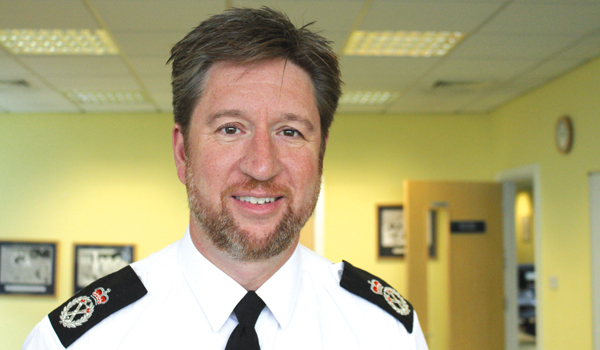