An individuals close friends and family will likely be the first people to notice signs that their loved one is being radicalised, but research has shown many only contact authorities as a last resort. Police Professional explores the findings and how barriers to reporting can be overcome. 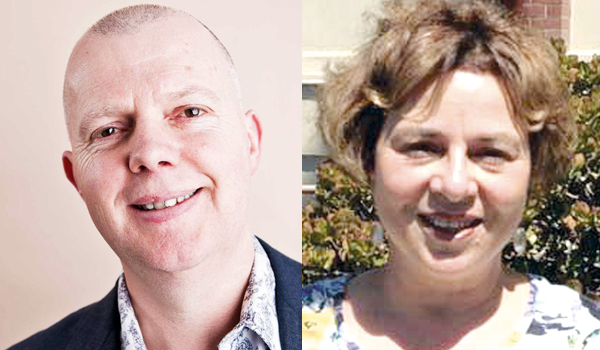 In July, 31-year-old Mudassir Hussain was jailed for more than five years after trying to fly abroad to join the fighting in Syria. Hussains intentions were not known to the North East Counter Terrorism Unit, so by the time he came to police attention, he had already arrived in Turkey. The only reason he was caught was because members of his family reported their concerns. Close friends and family  or intimates  are in the best position to notice early warning signs of radicalisation. By reporting their suspicions to police, as Hussains family did, they can potentially prevent considerable harm, dissuade others from becoming involved with extremism and possibly save their loved ones life. However, until recently, little has been known about the toll that reporting can take on intimates, what action they take when their suspicions are raised, and the factors that can encourage or discourage them from reporting. In 2015, Australias Deakin University completed a first-of-its kind study in partnership with the Australian Federal Police to identify community concerns and knowledge about reporting processes. The findings from the Community Reporting Thresholds study have progressed to inform police training policies in Australia, and have inspired further research seeking to replicate and develop them in the UK. The pre-reporting phase According to Paul Thomas, Professor of Youth and Policy at the University of Huddersfield, the field of intimates reporting has long been a critical blind spot for national counter-terrorism policies. Through a series of interviews carried out in collaboration with Professor Michele Grossman from Deakin University and funded by the Centre for Research and Evidence on Security Threats, he has attempted to learn more about the barriers that can prevent people from reporting someone close to them who they suspect of violent extremism. Despite its allegedly toxic reputation among certain Muslim communities, the Prevent counter-terror programme was not the most influential factor listed by respondents. While they acknowledged that it has had a negative impact in some areas, the strategy fell behind personal and family loyalty as a primary reporting barrier. Even though the scenarios interviewees were asked to respond to were hypothetical, one individual described feeling a sense of guilt at the prospect of reporting their friend to authorities. Others were concerned about how reporting might affect their social standing in the community, or how disclosing a serious threat could contribute to wider negative perceptions regarding Muslim communities and their connection to terrorism. Another issue specific to Muslim communities was the desire to maintain confidentiality in a culture that, through being close-knit, can sometimes encourage what one respondent described as an ultra-neighbourhood watch. Alongside the long-term impact reporting would have on their loved one if their suspicions were unfounded, they were concerned that contacting police would lead to local gossip that could compromise that individuals future within the community. Other barriers are more systemic. Some interviewees explained that they were unaware of the proper way to make a report, and this lack of knowledge is not exclusive to members of the public. Respondents from law enforcement said there was no clear consensus about when people should use the anti-terror hotline, as it is generally perceived as being reserved for more imminent threats. The cumulative impact of these barriers is that the likelihood of a person immediately contacting police after becoming concerned is relatively low. Instead, they go through a staged process; one of the more common reactions to signs of radicalisation is to try to engage with the individual in an attempt to confirm suspicions, gauge the severity of their extreme beliefs or to reason with them. The outcome of this interaction can be crucial in influencing their decision to escalate their response. The exact point at which escal