‘Clear, Hold, Build’ tactic to tackle serious and organised crime to be adopted by forces

New tactics outlined by the Home Office on Tuesday (January 24) to tackle serious and organised crime are an “important step” for police forces across England and Wales, says the National Police Chiefs’ Council (NPCC). 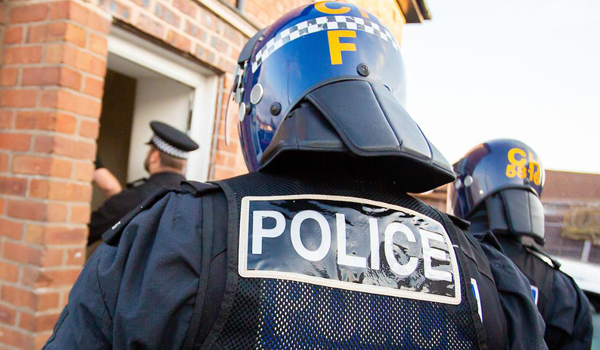 It will see police forces “ruthlessly pursue” gang members to clear an area, maintain a hold over the location to prevent another gang from taking control, and then work with communities to build resilience in an area so it is less susceptible to the draw of crime groups, said the Home Office.

The rollout of a new ‘Clear, Hold, Build’ tactic across policing means that rather than focusing enforcement only on organised crime groups, forces will also focus on the reduction of placed-based harm where serious and organised crime is most concentrated.

This has already seen innovative practice in pilot forces, such as the development by Northumbria Police of new tools to determine the highest harm geographical areas and comprehensively map placed-based harm, as well as significant crime reductions in burglary, drug offences and anti-social behaviour in West Yorkshire.

The Home Office will conduct an eight-week consultation on its possible legislative measures to strengthen the powers of law enforcement agencies.

These include new offences to criminalise the making, modifying, supplying, offering to supply and possession of articles for use in serious crime; and strengthening and improving the functioning of Serious Crime Prevention Orders (SCPOs) under the Serious Crime Act 2007.

“This approach will see police forces and Regional Organised Crime Units (ROCUs) work more closely with local partners to build resilience in communities and prevent those at risk from being drawn into crime.

“The support for this system-wide approach, alongside significant investment into ROCUs, has enabled us to maximise our efforts and effectiveness against high-harm offenders alongside our law enforcement partners.

“Extending and maintaining this support across the country will help to ensure a strong response across the entirety of policing.”

“It makes people feel unsafe on the streets and in their homes and it holds us back in our mission to pursue economic growth,” she said.

“The Government is committed to beating crime. But we cannot succeed in this mission without taking on the organised criminal gangs who prey on the vulnerable, dominate communities and undermine our prosperity and institutions.

“Organised crime groups, and the professional enablers who ‘turn a blind eye’ to illicit activity whilst reaping the benefits themselves, must be pursued with the full force of the law.

“As Home Secretary protecting the public is my highest priority. I am absolutely committed to equipping our law enforcement agencies with the tools and legal powers they need to tackle serious and organised crime and to stay ahead of the most resourceful and relentless criminals currently operating in the UK.”

Ms Braverman added: “The scale and complexity of serious and organised crime is likely to increase, as organised crime groups adopt new technologies and seek new opportunities. It is essential that the tools available to law enforcement keep pace.

“We are consulting on [these] legislative measures to strengthen how the National Crime Agency (NCA) and other law enforcement agencies confront serious and organised crime by giving them access to new tools, as well as strengthening existing ones.

“The proposals will help law enforcement agencies to frustrate the activities of the largest and most harmful criminal enterprises operating in the UK.

“In particular, they will target the enablers and facilitators who support and profit from serious crime and improve our ability to manage and disrupt the highest harm offenders.”

She said the Government has already taken “significant steps” to improve the UK response to serious and organised crime:

This includes strengthening the NCA so that it can tackle “the most pressing serious and organised crime threats currently faced by the UK” – from fraud, County Lines gangs and child sexual abuse, to illicit finance, modern slavery and people-trafficking.

Since spring 2020, the joint approach between the NCA, ROCUs, policing, the Crown Prosecution Service and government has led to the huge success of Operation Venetic, the largest law enforcement operation of its kind in UK history, including the arrest of 2,864 suspects, the seizure of more than £76 million in criminal cash, 170 firearms, 3,404 rounds of ammunition and 18 tonnes of Class A and Class B drugs and the successful mitigation of over 200 threats to people’s lives.

Ms Braverman said the Government is also investing in the critical specialist capabilities needed to tackle serious and organised crime, including data collection and intelligence sharing.

“But there is still more to do and we must not become complacent,” she added.

“The threats we face are evolving constantly. Criminals have been resilient in the face of the coronavirus pandemic and are increasingly exploiting online spaces, emerging technologies and commercially-available tools to avoid detection and circumvent our legislation.”

The consultation is open to the public and the Home Office said it is particularly interested to hear from those who may be affected by the proposals should they become legislation in England and Wales, including law enforcement practitioners, businesses, legal professionals and members of the general public, as well as non-governmental organisations with a focus on civil liberties and human rights.

Association of Police and Crime Commissioners lead for serious and organised crime Donna Jones said: “The raft of measures announced today are a positive step towards clamping down on organised criminals operating in our communities.

“Serious and organised crime poses a significant threat, it devastates lives and destabilises our society.

“We welcome any ways in which the response to serious and organised crime can be strengthened, and on behalf of police and crime commissioners across England and Wales, we will be feeding in our views to this important consultation.”