Children who have been affected by domestic abuse will be automatically treated as victims regardless of whether they were present during violent incidents, the Crown Prosecution Service (CPS) has announced. 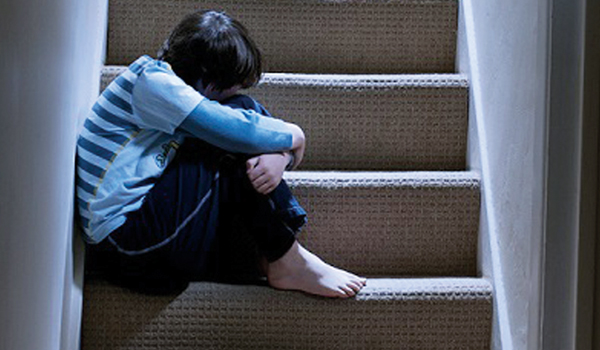 The changes, which reflect new domestic abuse legislation, mean young people will get automatic access to support such as mental health and safeguarding services, with prosecutors asked to consider the powers available to them regarding Special Measures.

This includes speaking to schools or child services to support evidence of long-standing abuse.

The updated legal guidance was issued by the CPS on Monday (December 5).

Kate Brown, CPS domestic abuse lead, said: “Growing up in a violent and toxic home has a hugely damaging and long-lasting impact on children.

“Today’s guidance, which recognises them as victims, not only offers them automatic support but means the effect on them is considered as part of the justice process.

“There’s no doubt that having a clear understanding of the family dynamic and how a young victim may respond to the criminal justice process, will help us bring more abusers to court.”

Given the complexities of these offences, the CPS says the guidance highlights the importance of “challenging assumptions” and recognising the vulnerability of a victim who may not realise they are in a relationship with a suspect of abuse or who may disengage with the criminal justice process.

“Prosecutors are asked to work with independent domestic violence advisers and other support groups to best support victims, and to consider further evidence such as CCTV, witness statements or medical records – in an evidence-led prosecution – to help build a robust case,” said the CPS.

Ms Brown added: “Domestic abuse represents a third of all crime referred to the CPS and working with police and partners, we are dedicated to improving every aspect of how these cases are handled so victims can come forward with confidence.

“We want to see justice in every domestic abuse case, irrespective of the victim’s gender, sexuality, or background.”

The new domestic abuse guidance was first published in April and a consultation was launched to seek feedback on proposed changes. As a result, the CPS said the following sections have been refreshed:

The CPS has also amended its policy statement that sets out the work being done on domestic abuse and is revising training for prosecutors on the effects of trauma and needs of victims from different groups.

Analysis of a sample of CPS cases has also found that children were present in more than a third of non-fatal strangulation offences.

Prosecutors were given additional powers to charge violent abusers with non-fatal strangulation and non-fatal suffocation in June when new legislation came into force.

The CPS said it has taken a sample of non-fatal strangulation cases to see how the law is being used almost six months on.

It revealed that in 38 per cent of cases a child was present, with some being in the same room or subject to abuse while the offending was taking place.

Victim accounts regularly described feeling as if they were going to die, fall unconscious or see ‘stars’. One victim was lifted by the throat for 20 seconds, another was grabbed by the throat and told by the defendant ‘I’m going to kill you’.

Ms Brown said: “Victims are left fearing for their life in these cases, and we are clear that we take this offending very seriously.

“To see so many children exposed to this kind of violence, often against their own mum, must have a huge impact on them. This is something our prosecutors are trained to consider as we’re building our case.

“We are working with our partners to ensure that whenever our legal test is met, we are pursuing non-fatal strangulation and suffocation prosecutions and holding these violent offenders to account.”

The CPS said further violence associated with this type of offending was clear as 72 per cent were also charged with assault and 13 per cent charged with threats to kill.

It added: “Prosecutors will continue charging non-fatal strangulation or suffocation where there is sufficient evidence in order to further protect victims and their family from repeated offending.”

Bernie Ryan, chief executive of the Institute for Addressing Strangulation, said it will continue to work with the CPS and other agencies to raise awareness of the offence, the risks associated with strangulation and the support available to survivors.