Reports of children sexually assaulting one another have soared by almost 71 per cent in the last four years with policing adamant that it is only the “tip of the iceberg”, an investigation has revealed. 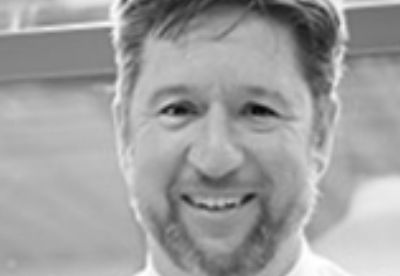 Reports of children sexually assaulting one another have soared by almost 71 per cent in the last four years with policing adamant that it is only the “tip of the iceberg”, an investigation has revealed. Forces across England and Wales received almost 30,000 reports of children committing sexual offences since 2013, with 2,625  including 225 alleged rapes  carried out by under-18s on other youngsters on school premises, including primary school playgrounds. And reports of so-called “peer on peer” abuse rose from 4,603 in 2013 to 7,866 last year, according to the data released by 38 forces in response to Freedom of Information requests. Figures from the BBC`s Panorama also show reports of child-on-child abuse by alleged attackers aged ten and under have more than doubled from 204 in 2013/14 to 456 in 2016/17. Child experts and charities have long warned of the damaging effect that pornography may be having on childrens` behaviour with ex-Prime Minister David Cameron claiming it is “corroding childhood”. Chief Constable Simon Bailey, the National Police Chiefs` Council lead for child protection, said: “We are seeing an increasing number of reports. “We are seeing significant examples of harmful sexual behaviour and the lives of young people blighted and traumatically affected by sexual abuse.” And he warned: “We are dealing unequivocally with the tip of the iceberg.” Sarah Hannafin, from the National Association of Head Teachers, said: “Young people now have access to lots of inappropriate material. “Its not just pornography  its dating sites, its social media, and a lot of that content normalises negative attitudes and negative behaviours.” Secondary school teacher Catherine Moggridge said sexting had become the norm. She added: “Before someone says I love you, or I really care about you, they have sent a naked picture.” Panorama claimed that, while teachers are told by the Government they must report allegations of abuse by adults, there is no requirement to act when a child is accused. But the Department for Education told the programme: “Sexual assault is a crime and any allegation should be reported to the police.” Monday night`s (October 9) programme revealed that girls were the biggest targets of abuse. A six-year-old identified only as `Bella` told her mother she “could not sit down to eat breakfast” because of repeated digital sexual assaults in the playground. Her parents claim police advised them to move to another area because her attackers were below the age of criminal responsibility and could not be charged. Another girl said she was sexually assaulted with a ruler in an art class. And a third said, after a classmate was arrested for abusing her, he was not expelled and she had to sit her GCSE exams in the same room as him. Another child`s parents told the programme: “I couldn`t actually believe that we`re in the 21st century in Great Britain and we are allowing sexual abuse to continue… and for victims to go unsupported.” Almost three-quarters of child sex cases (74 per cent) reported to 36 forces between April 1, 2013 and May 31, 2017 resulted in no further action, according to the figures obtained the Panorama programme. Mr Bailey said such cases are very difficult to prosecute. “You`re dealing with people who`ll be reluctant; you`re dealing with cases whereby there`s been a relationship in the past. “It`s very much a case of the Crown Prosecution Service deciding to charge, invariably on the word of one person against another.” Mary Sharpe, chief executive of addiction charity The Reward Foundation, has said that unless society faces up to the reality of what online material is “covertly teaching” young people the crime rate will continue to rise. Warning about the “ignorance” surrounding the dangers of internet pornography she added: “We teach how internet pornography trains the teen brain to want to carry out such acts. The effect of a criminal conviction is devastating.” An NSPCC spokesperson