Dorset Police has appointed a temporary chief constable while it considers merging with its neighbour after the incumbent announced her retirement. 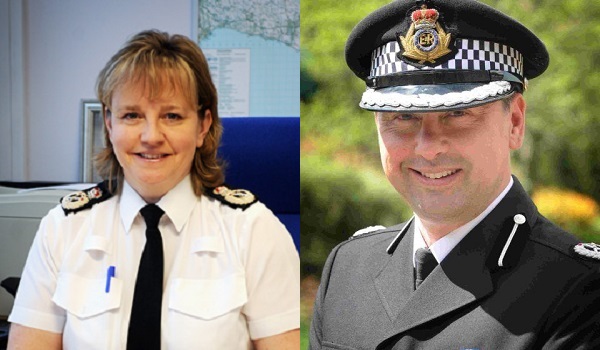 Dorset Police has appointed a temporary chief constable while it considers merging with its neighbour after the incumbent announced her retirement. Chief Constable Debbie Simpson revealed her plans to step down on Friday (January 12) after almost 35 years in policing. Ms Simpson, who took up her current position five years ago, has led Dorset Police through the introduction of its strategic alliance with Devon and Cornwall Police and the beginning of a potential merger. Her retirement during this process means Deputy Chief Constable James Vaughan has been put forward as a temporary replacement. Ms Simpson said: After almost 35 years in policing, I have decided it is the right time for me to retire from my role as chief constable. I did not make the decision lightly and have considered the timing to minimise the impact on the important work we are doing. For example, we are strengthening our alliance with Devon and Cornwall Police and continuing to explore a potential merger of the two forces. I am proud of what we have already achieved by working more closely together. I will be working hard up until my retirement in April; as there remains a lot of work to be done locally, regionally, and in my national portfolios around forensics and senior leadership development. Ms Simpson joined Bedfordshire Police in 1984, rising through the ranks to become a public order gold commander. In 2008, she transferred to Devon and Cornwall Police as assistant chief constable, where she held the crime, operations and criminal justice portfolio. She was promoted to deputy chief constable in 2011 and became acting chief constable of Dorset Police a year later. In 2013, Ms Simpson was formally appointed chief constable. Her final day with the force will be April 6. Last September, Ms Simpson, Chief Constable Shaun Sawyer, her counterpart in Devon and Cornwall, and their police and crime commissioners announced they are considering merging their forces to allow them to preserve neighbourhood policing. Mr Vaughan has worked across both regions as chief operating officer for the last year. His appointment as temporary chief constable will be subject to a confirmation hearing by the Dorset Police and Crime Panel. He said: I have had the pleasure of working for five years alongside Chief Constable Debbie Simpson as her deputy. She has been an inspirational leader and leaves a legacy of good work in Dorset and further afield. It has also been an honour and privilege to work with the committed men and women of Dorset Police, during particularly challenging times for policing and the wider public sector. As we continue to navigate through a complex and changing policing landscape, I will relish the opportunity to lead them and work hard to ensure we can deliver the best possible policing for the people of Dorset. This will include continuing to strengthen our alliance with Devon & Cornwall Police and exploring a potential merger of the two forces.