The chief constable of Cambridgeshire Constabulary has issued a statement in response to a widely circulated video showing a conversation between a police officer and black motorist pulled over for routine questioning.

The footage was shot more than five years ago but went viral last week after being shared among those attending Black Lives Matter protests across the country.

It shows an officer speaking to the motorist through his window. The officer says: “The reason I stopped you…no offence to you, but you’re a black male, I’m not going to lie to you…”

The driver interrupts to ask if the colour of his skin is the only reason he was stopped. The officer replies. “I’m not saying that at all. The reason I stopped you, and I’ll explain if you let me finish. In this area we have a number of drugs dealers – I’m not saying you’re a drug dealer – that come up from other areas and don’t live anywhere around here.”

The motorist then says: “But you stopped me because I’m black?” The officer replies: “Yeah, but not because I’m racist… I understand why you might think I am, but we don’t get many young black males in this area.”

The footage was posted by the sister of the motorist in the film who she said had been stopped for “nothing other than the colour of his skin”.

She added that her brother “felt that now was the right time to share it with the world”.

“This happens to young black males every day and it breaks my heart that he cannot drive in his own neighbourhood without being harassed by police because he is a black man in a predominantly white area,” she said.

“Racism and racial profiling are everywhere, and it needs to stop”.

The statement by Chief Constable Nick Dean said: “We are aware of a video circulating on social media involving a Cambridgeshire Police officer. I can understand why such a video clip would be concerning, especially with the current events surrounding the death of George Floyd.

“Last week a joint statement was released by the National Police Chiefs’ Council, Superintendents’ Association and Police Federation. It stated: ‘The relationship between the police and the public in the UK is strong but there is always more to do. Every day, up and down the country, officers and staff are working to strengthen those relationships and address concerns. Only by working closely with our communities do we build trust and help keep people safe.’

“Here in Cambridgeshire we have been, and are committed to, strengthening our ties with every community. With regards to this particular incident, I want to be clear that it was filmed in Ely more than five years ago and we do not believe that any formal complaint was ever received in relation to the officer’s actions. The circumstances surrounding this incident at the time are being examined.

“I want to reassure you that I am committed to ensuring all officers and staff act with the upmost integrity and professionalism.” 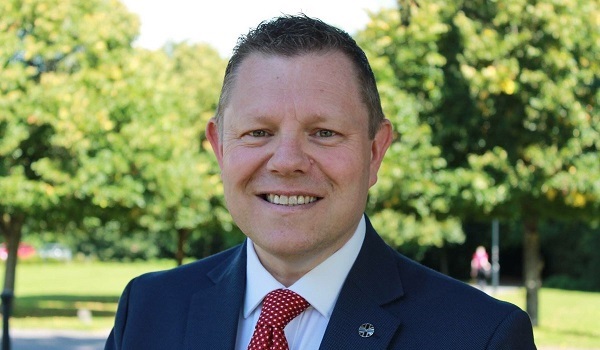