A chief constable today defended a landmark report`s findings into historical allegations against a former prime minister as a “watershed moment” for those complaining there has been a state cover-up. 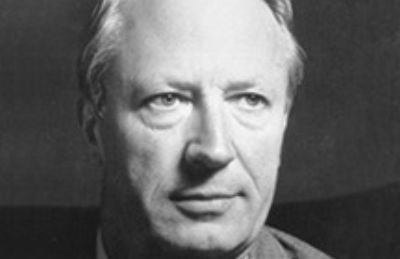 A chief constable today defended a landmark report`s findings into historical allegations against a former prime minister as a “watershed moment” for those complaining there has been a state cover-up. Wiltshire Police Chief Constable Mike Veale said he was satisfied there were “compelling and obvious reasons” to investigate the claims relating to a 36-year period of Sir Edward Heath`s life. The former Conservative prime minister  described by Mr Veale as “arguably one of the most powerful people in the world”  would be questioned over allegations that he raped and indecently assaulted boys as young as ten were he alive today, the Operation Conifer summary closure report revealed. The Wiltshire Police investigation concluded that seven of the claims would have been sufficiently credible to justify questioning Sir Edward under caution. The report, published on Thursday (October 5), does not address the question of Sir Edwards guilt or innocence because the remit of the two-year inquiry was to see whether there was enough evidence to interview the former MP for Bexley, who died at home in Salisbury in July 2005, aged 89. As part of the £1.5 million investigation, two people were arrested and released. There have been no charges. The Independent Inquiry into Child Sexual Abuse (IICSA) has said it will investigate further. None of the allegations about which Wiltshire Police would have questioned Sir Edward relate to when he was prime minister, the force said. The allegations Sir Edward would have been questioned over include the rape of a boy aged 11, indecent assault of a ten-year-old boy and the indecent assault of a 15-year-old boy during three paid sexual encounters, and are said to have occurred in the Metropolitan Police Service, Kent, Sussex, the Channel Islands and Wiltshire force areas. Following the report`s release, Mr Veale said officers had “gone where the evidence has taken us”, whether it supported the allegations or not. He said: “The report does not draw any conclusions as to the likely guilt or innocence of Sir Edward Heath. “As I have said, Sir Edward Heath was an extremely prominent, influential and high profile person who was arguably one of the most powerful people in the world commensurate with the political office he held. “The allegations against him were of the utmost seriousness and from a significant number of people. “I hope people will understand that, given these circumstances, it would be an indefensible dereliction of my public duty as a chief constable not to have investigated such serious allegations against a former prime minister, even though he is deceased. Operation Conifer examined 42 claims relating to 40 different individuals, with alleged offences spanning from 1956 to 1992  while Sir Edward was an elected MP. The report concluded there was not enough information to meet the threshold for interview for 19 of the claims. In three of the cases, the investigation found that those reporting alleged abuse were “genuinely mistaken” in naming Sir Edward as the perpetrator. The inquiry had four clear and distinct objectives: to identify and safeguard children and vulnerable adults who may be at risk of abuse today; to seek to establish the facts concerning allegations of child abuse made against Sir Edward Heath through an objective and proportionate investigation; to identify and where possible bring to justice any living person who may have committed criminal offences relating to child abuse or associated cover up; and to attempt to provide public confidence in the police response to the allegations that were made. Mr Veale said he recognised that Operation Conifer had the potential to “damage confidence” in Wiltshire Police, but it was his duty to proceed with an investigation “fairly, objectively, with respect and without fear or favour”. He added: “The safeguarding and protection of vulnerable people will continue to be the primary reason for conducting this investigation and my team has not diverted from this l