Policing in Northern Ireland is facing an unprecedented criminal and misconduct in public office investigation with its two top officers cited in the critical incident allegations. 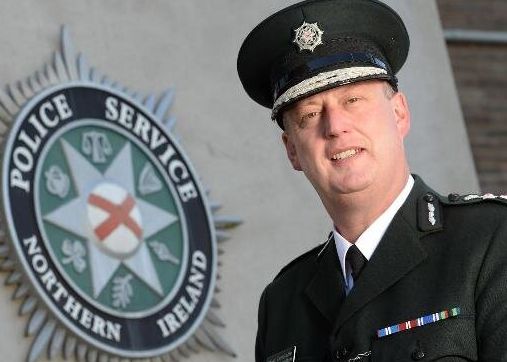 Policing in Northern Ireland is facing an unprecedented criminal and misconduct in public office investigation with its two top officers cited in the critical incident allegations. Chief Constable George Hamilton and Deputy Chief Constable Drew Harris are today confirmed in the most serious inquiry ever undertaken by the Police Ombudsman for Northern Ireland (PONI). The pair are joined by Assistant Chief Constable Mark Hamilton and a range of other officers as the subject of claims about how the Police Service of Northern Ireland (PSNI) handled an inquiry into the awarding of a contract to supply vehicles to the force. Retired West Yorkshire Chief Constable Mark Gilmore, a former PSNI officer, and ex-PSNI Assistant Chief Constable Duncan McCausland were among nine people interviewed by detectives in the 2014 investigation into bribery and misconduct in public office. In a statement on Thursday (October 19), the PSNI said it completely refutes the allegations. Ombudsman Dr Michael Maguire has received complaints from a number of those investigated in the vehicle contracts inquiry in 2014, including Mr McCausland and Mr Gilmore. Dr Maguire has established a dedicated team of six investigators to examine the allegations about the PSNI investigation. They include allegations of criminality and misconduct in how this investigation was undertaken, he said. No recommendations for suspension have been made to the Northern Ireland Policing Board (NIPB), which told Police Professional today it was fully aware of the investigation. We are not involved in any disciplinary matters at this stage as this is an ongoing investigation by the Office of PONI and as such we will be making no further comment, said a NIPB spokesperson. It is understood the alleged criminality being investigated includes claims that entries in police notebooks and journals were altered. There are also claims that the PSNI didn`t follow proper procedures to obtain warrants. The PSNI issued a lengthy statement denying any wrongdoing. Explaining its unusual decision to give a more detailed response, the statement said media coverage of the investigation has the potential to negatively impact on public confidence in policing. It went on: PSNI can confirm that a number of senior officers, including the chief constable and deputy chief constable, have been informed of complaints made against them by former senior PSNI officers. The complaints relate to allegations of misconduct by senior police during a criminal investigation by the PSNI into the two complainants, former senior colleagues, during 2014. PSNI acknowledges and supports the need for the office of the police ombudsman to investigate these allegations and all officers are co-operating fully with the investigation. The chief constable, deputy chief constable and other officers completely refute the allegations made against them and are strongly of the view that these complex investigations into the complainants were conducted with professionalism and integrity. This position has been fully outlined in the officers` initial response to the Office of Police Ombudsman for Northern Ireland. We have full confidence in the OPONI to complete a thorough investigation and we trust that they are left to do so without ongoing public commentary. The PONI said its investigation would be treated as a critical incident. The police ombudsman`s office has begun an investigation into concerns about the way in which the PSNI conducted an investigation into allegations of bribery and misconduct in public office in 2014, said a spokesperson. The office is investigating allegations of criminality and misconduct in how this investigation was undertaken by police. It has not named the police officers under investigation, but has confirmed that they include a range of officers, including those above the rank of chief superintendent. They added that it has established a team to look into the allegations and has not recommend