The chief constable of West Midlands Police has issued a public apology to the family of a 34-year-old domestic violence victim following “a number of missed opportunities” during the investigation into her death. 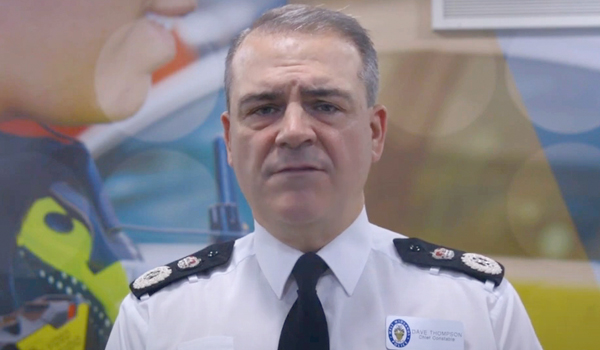 The body of Suzanne Van Hagen, from Birmingham, was found by her nine-year-old daughter in February 2013. According to her family’s lawyers, Deighton Pierce Glynn, there were eight incidents reported to the police of domestic abuse prior to her death there, yet no effective action was taken to protect her, despite her abuser having a known history of domestic violence.

A spokesperson for the firm of solicitors said despite initially telling the family that Ms Van Hagen had been murdered by her partner, John Worton – who was also found dead at the property – West Midlands Police later issued a press release saying her death was believed to be due to an accidental drugs overdose.

They added: “A subsequent police review of their investigation into Suzanne’s death found that the senior investigating officer in the case failed to make proper inquiries about marks to Suzanne’s neck. Instead, he took as fact a suggestion from a pathologist that the marks might be linked to a sex game. The CICA (Criminal Injuries Compensation Authority) has since accepted that the marks were ‘a crime of violence perpetrated by’ her abuser and that this caused or contributed to her death.”

Chief Constable Sir David Thompson said: “Suzanne Van Hagen was a victim of domestic violence and died in tragic circumstances on February 8, 2013. On behalf of West Midlands Police, I wish to apologise for a number of failings by the force in the handling of Suzanne’s case, both before and after her death, and to acknowledge the immense, additional distress that this has caused to Suzanne’s family.

“We deeply regret a number of missed opportunities to investigate Suzanne’s circumstances more widely and to engage with her. We could and should have done more to protect Suzanne and her daughter from the abuse they were suffering.”

In a statement issued on Friday (September 10), he added: “To compound the family’s pain, they were let down by a failure to properly investigate Suzanne’s death. I am deeply sorry for the many failings identified in 2017 when the force conducted a full review of the investigation. I particularly recognise how hurtful and distressing the inaccurate press release issued in March 2013 must have been for the family. This influenced the subsequent press coverage and an incorrect narrative was created about Suzanne’s death that was difficult to shift.

“Suzanne’s family have had to engage in a long and arduous fight to understand the full truth about what happened to Suzanne. We deeply regret this.

“I can only hope that these words provide some reassurance to Suzanne’s family that the force has reflected on, and learnt from, its serious shortcomings.”

Deighton Pierce Glynn said that following complaints by the family after Ms Van Hagen’s death, a West Midlands Police Professional Standards report found: “The Police response to the domestic violence suffered by Suzanne Van Hagen was very poor, inadequate, lacked positive action and was not as the Force and the public could have reasonably expected. West Midlands Police did not take this domestic violence seriously.”

The family used the Human Rights Act to hold the police to account for their failings, bringing a civil claim against West Midlands Police.

Ms Van Hagen’s father, Les Van Hagen, said: “We have had to fight every step of the way for justice for Suzanne and have had to do the police’s job for them. Had we not pursued this, at great personal cost, Suzanne would have been branded a drug addict and what happened to her would have been regarded by the public as her own fault. We simply could not let that happen.”

Sarah Ricca of Deighton Pierce Glynn said: “The police failed Suzanne before her death and they failed her after. It was left to her family to expose those failings, through a long and arduous struggle to vindicate Suzanne. They should not have had to wait all these years for justice. But their determination has secured a victory that is not just for Suzanne and her daughter, but for all victims of domestic abuse who are failed by State agencies, and in cases where those failings contribute to domestic homicide, for their families too.”