The fate of 23 suspects in the largest investigations into alleged police wrongdoing ever undertaken in England and Wales will be known later today. 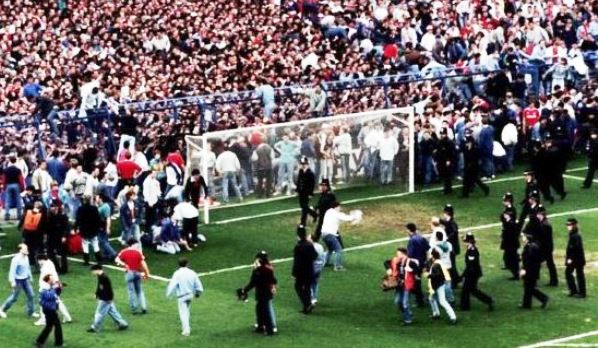 The fate of 23 suspects in the largest investigations into alleged police wrongdoing ever undertaken in England and Wales will be known later today. The Crown Prosecution Service (CPS) is set to reveal its decisions on charges relating to the historic Hillsborough Stadium disaster. Families of victims and suspects have been told that announcements will be made on Wednesday (June 28), setting out criminal outcomes in respect of individuals and organisations referred to the CPS by two investigations. Relatives have been invited to a private meeting in Parr Hall, Warrington, where they will be informed of the decisions by Sue Hemming, CPS head of special crime and counter-terrorism division at 11am. Ninety-six people died in the April 1989 tragedy at the FA Cup semi-final between Liverpool and Nottingham Forest at Sheffield Wednesday`s ground. New inquests which concluded last year found the fans were unlawfully killed. Files of evidence relating to 23 suspects were referred to the CPS to decide whether criminal charges should follow. Of these, 15 relate to the Operation Resolve investigation into the causes of the disaster, with potential offences for consideration including gross negligence manslaughter, perverting the course of justice, misconduct in public office and offences under the Safety of Sports Ground Act 1975 and Health and Safety at Work legislation. A further eight  emanating from an Independent Police Complaints Commission (IPCC) inquiry into both South Yorkshire Police and West Midlands Police and an alleged cover-up of the disaster  included potential offences relating to perverting the course of justice, conspiracy to pervert the course of justice and misconduct in public office. Both the IPCC and Operation Resolve teams have worked closely with the CPS during the investigation. Assistant Commissioner Robert Beckley, officer in overall command of Resolve, said: Our task has been to investigate whether any individual or organisation is criminally culpable for their role either in the planning and preparation for the match or on the day of the game itself. The extensive file we have submitted, which contains over 35 million words, reflects four years of intense work from my team. For three years we also supported the coronial process in providing the coroner with thousands of documents, witness statements and reports to assist him in conducting the inquests.