Gambling leads to debt and anger, which then results in violence and offending, according to those recently convicted. Police Professional looks at the rise in addiction and ways people end up involved in crime. 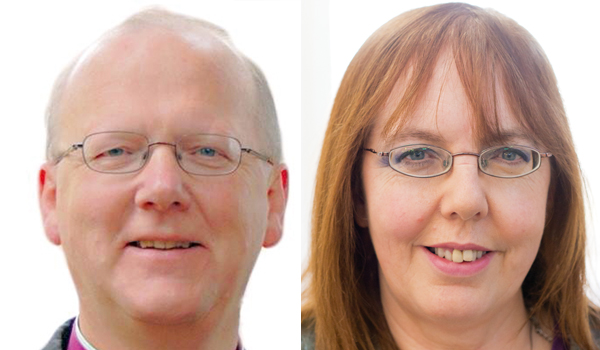 With his neat haircut, cheerful demeanour and smart jacket and trousers, none of the passengers who shared trains with Simon Knights as he travelled across the South East would have guessed he was in the throes of a desperate addiction. Rather than travelling to work, Knights used the rail network to move from town to town as part of a long-running burglary spree that saw him steal thousands of pounds worth of jewellery in raids at homes in Sussex, Kent, Surrey, Hampshire and Essex. He was eventually arrested in Great Yarmouth after a series of national and local appeals and a long-running investigation involving officers from Sussex, Surrey, Kent, Hampshire, Essex and the Metropolitan Police Service (MPS). He was later jailed for five years and six months at Chichester Crown Court. Detective Constable Philippa Hannard, from Sussex Polices priority crime team, said: Knights committed burglaries across the South East, leaving a trail of damage and upset for his victims as he went. We pursued Knights for many months, building up a detailed case that tied him to more than a dozen burglaries before he was finally arrested. It is likely that Knights committed many more burglaries across the South East before he was caught as he seemed to use his crimes to fund his gambling habit. More than two million people in the UK are either problem gamblers or at risk of addiction, according to the industry regulator, the Gambling Commission, which last month published a report warning that the Government and industry were not doing enough to tackle the problem. The report estimated that the number of British over-16s deemed to be problem gamblers had grown by a third in three years, suggesting that about 430,000 people suffer from a serious habit. When on a losing streak, many gamblers continue to pour money into their habit to try to win back the money they have lost. This can become a vicious cycle that becomes impossible to break. For each gambler there can be up to five close family members also affected through issues such as unmanageable debt, homelessness, hunger, domestic violence or having a parent or spouse in prison. Damage is not limited to families either  a significant number of problem gamblers commit crime such as theft and fraud to fund their habits. At Blackfriars Crown Court in January, the former manager of Olympic gold medallist Greg Rutherford admitted defrauding the long jumper out of more than £48,000 to fund his gambling addiction. Last month, 51-year-old Gary Bartrup was spared jailed after admitting his compulsive gambling was behind his long string of offences. The former railway worker told Ipswich Magistrates Court: I have a got a bit of a problem going into betting shops and gambling on them machines in there  roulette machines and that. Bartrup, who has 91 previous offences, including 51 thefts, was accused to stealing £300 worth of goods from a TK Maxx shop in Newmarket. He was sentenced to ten weeks imprisonment suspended for 12 months. Earlier this month, Colin Little was jailed for 32 months after he admitted stealing more than £50,000 from his mothers bank account after she started showing signs of mental decline. He spent the money on betting sprees. The same week salesman David Clark was jailed for 18 months at Cardiff Crown Court after stealing almost £40,000 from a small family business to feed his own gambling addiction. The Gambling Commission also found evidence of an increase in addiction among those playing fixed-odds betting terminals (FOBTs). These sophisticated gaming machines, often referred to as the crack cocaine of gambling, can be found in high street betting shops and casinos across Britain, allowing people to bet up to £100 every 20 seconds. On more than 650 occasions, gamblers were found to have lost more than £5,000 in a single session on FOBTs. Players were also found to have lost at least £1,000 on 233,071 separate occasions on the highly-addictive machines. The machines accounted for 96 per cent of all losses in ex