The deputy commissioner of the Metropolitan Police Service is among a range of officers and staff to be honoured by the Queen for their work in promoting diversity and increasing community cohesion. 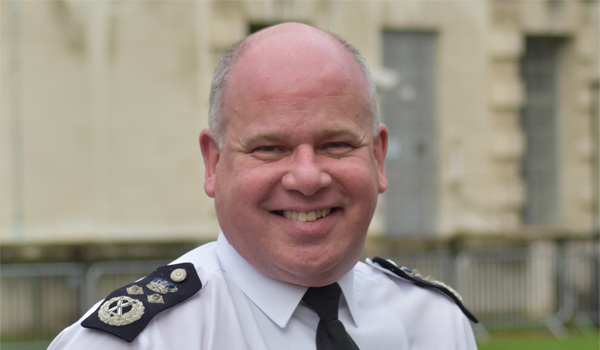 The deputy commissioner of the Metropolitan Police Service is among a range of officers and staff to be honoured by the Queen for their work in promoting diversity and increasing community cohesion. Craig Mackey will receive a knighthood in the 2018 honours in recognition of his many accomplishments through what has been a challenging year, including being the driving force behind the MPS`s comprehensive reform programme. Mr Mackey has led on delivering savings of £600 million from the MPS`s £3.6 billion budget, but ensured that it was the only force not to cut officer posts to deliver savings. He launched the initiative to reduce the use of stop and search, which between 2012 and 2015 led to a reduction of around 70 per cent in volume of searches and complaints while doubling the arrest rate. The initiative has helped improve trust and confidence in the MPS with 74 per cent of Londoners now in favour of use of the tactic. He has also overseen a radical transformation of the MPS`s diversity approach, most notably in the recruitment of officers from black and minority ethnic (BME) backgrounds. The MPS now has half of the national total of BME officers, increasing the number from 3,000 to over 4,150 since 2011. Sir Craig said: Receiving a knighthood has left me feeling both amazed and deeply honoured. I truly believe it is a recognition not just for me but for the dedication of all the men and women of the police service that I have had the privilege to serve with during the last 33 years. It comes at the end of what has been an extraordinarily difficult year, when so many of our officers have demonstrated huge courage, compassion and professionalism in the very worst of circumstances. Also, most importantly I must mention my wife Debbie. It would simply not have been possible for me to have had this career without her love and unstinting support. Both professionally and personally, I consider myself to be a very lucky man. The second highest honour also goes to a senior MPS figure. Assistant Director of Legal Services Naz Saleh will receive the Commander of the Order of the British Empire (CBE). Throughout her career Ms Saleh has shown an unwavering commitment to policing and to the interests of justice. Since joining in 1988, she has worked on many of the most contentious issues the MPS has faced. She also had a leading role in the inquest into the death of Diana, Princess of Wales; and her experience in dealing with public inquiries led her to produce a guide that is now widely used by lawyers and officers throughout the country. Ms Saleh considerately balances the importance of supporting officers and defending the MPS`s reputation with the public interest in ensuring transparency. She has been a role model both to women and to members of minority communities being, for some time, the most senior female staff member. Ms Saleh, said: I am absolutely thrilled, honoured and humbled to have been recognised for such a prestigious award. This achievement has only been possible because I was entrusted and given the opportunity to undertake many challenging and high profile cases, and for the support given to me by numerous committed officers and staff across this great organisation. Former Gwent Police Chief Constable Mick Giannasi has also been appointed CBE, though his honour is for his contribution to the NHS  since retiring from policing in April 2011, he has been chairman of the Welsh Ambulance Service Trust. Former Chief Inspector Norman Pascal has been appointed an Officer of the Order of the British Empire (OBE) for services to diversity in the community. Mr Pascal retired from Avon and Somerset Constabulary earlier this year after 30 years` service, most of which was spent as part of the Black Police Association, the highlight of which was hosting its annual meeting and conference in 2007, themed Our Journey Abolition 200. His last two years with the force were spent developing links with local communities, concentrating particul