Celebrities help to shine a light on bullying

Astronaut Tim Peake added his support to an anti-bullying initiative by Derbyshire Constabulary designed to shine a light on the problem. 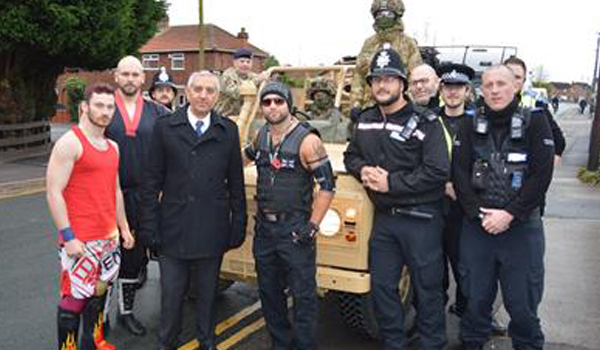 Astronaut Tim Peake added his support to an anti-bullying initiative by Derbyshire Constabulary designed to shine a light on the problem. Officers from the Chaddesden safer neighbourhood team were joined by former England International and current Derby County footballer Darren Bent, soldiers, wrestlers and celebrities last week to help support victims of bullying. Three pupils who been subject to bullying in the past were collected from their homes by the team and taken to the Cavendish Close Primary School to highlight that bullying is not acceptable and that victims will always be supported. A special assembly was then held at the school to discuss bullying. Derbyshire police and crime commissioner Hardyal Dhindsa said: We need to shine a light on the problem  and those who seek to bully others  and teach them that it is not big, clever or strong. Bullying is often a hidden problem, which is why I want people to talk about it. I want them to know that there is support for victims of bullies. We need people including teachers, friends and the medical profession, to understand the signs and know what to do in these circumstances. A host of celebrities sent messages of support, including Ed Sheeran, Olly Murs, Dame Judi Dench and Carol Vordeman, with Mr Peake saying: A bully is a person too scared to do the right thing, aim high. The event was organised by PC Mark Atterbury, who said: We wanted to highlight that bullying is not acceptable. That we will stand together to take action against bullies and support the victims so they have the courage and confidence to come forward and report what is happening.