Could Swedens experience of moving to cashless transactions produce a similar startling reduction in robberies? Police Professional looks at the impact of removing physical money on crime. 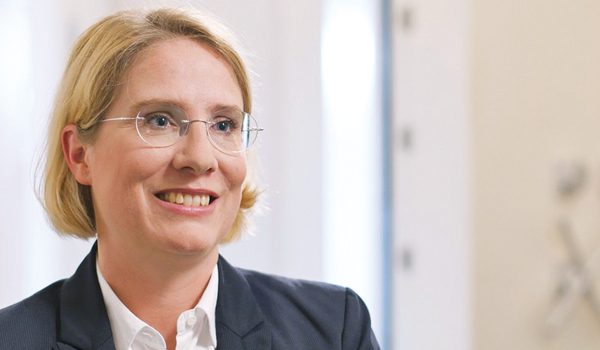 Could Swedens experience of moving to cashless transactions produce a similar startling reduction in robberies? Police Professional looks at the impact of removing physical money on crime. Cash-in-transit security officer Delft Warden admitted at Croydon Crown Court last week that she had never been so scared in her life. I will never forget the fear on Shauns face, and I think I had a mirror image of that on my face, she said. Ms Warden and her colleague, Shaun Rich, were restocking a cash machine at a petrol station in South Norwood, South London, on February 27 when they were brutally attacked. Two men, Ishmael Baptiste and Robert Richards, knocked one of the guards to the floor and struck the other across the head and chest with a crowbar. Both were then threatened and told to open the safe at the back of the cash machine and then the cash box itself. The guards were unable to do either, but Mr Rich managed to activate the emergency alarm on his chest, which put their security van into lockdown mode. Richards and Baptiste grabbed the cash box  which turned out to be empty  and fled towards their stolen getaway car. However, officers from the Metropolitan Police Services Flying Squad had the two men under surveillance and intervened as Baptiste attempted to drive away. Armed officers attempted to smash the window of the car and Baptiste drove onto the pavement in desperation. A shot was fired and the chase continued into a nearby road until Baptise crashed into an oncoming vehicle and was arrested. Richards was arrested in a nearby property. Last Friday, Baptise was jailed for eight years four months for robbery and six months for aggravated vehicle taking. Richards was sentenced to seven-and-a-half years for robbery. The case was just one of a recent spate of armed robberies across the UK. In Liverpool earlier this month, two suspects were covered in blue security dye after stealing a cash box from a bank; in Manchester, ten men were arrested in connection with 13 cash in transit robberies; in London a cash delivery driver was punched by a suspect riding a moped; and in March, £7 million worth of banknotes were stolen from an armoured truck near Heathrow. It is being suggested that one answer to such robberies is simple  get rid of cash. Retired assistant chief constable and former police and crime commissioner for Cheshire John Dwyer says while there can be no doubt that money makes the world go round, there can also be no doubt that it has been the focus of much criminal activity. Cash in transit is a serious risk, which would be removed if all cash transactions were carried out using a cashless process, he said in a blog post published last year. The purchase of drugs or firearms is usually carried out by the use of cash. Just think of the benefit of the lack of cash to carry out such transactions. Cashless would mean that transactions could be traceable, as sums of money would be transferred from one account to another. This would clearly disadvantage those going about criminal activities and would certainly strengthen the investigation processes of the authorities. It is a sentiment shared, at least in part, by Harvard economist Kenneth Rogoff, who has written extensively on the costs and benefits of phasing out paper currency. Cash plays a big role in crime, he said. I think theres a reason cash is king. Even though we have bitcoin, gold coins, uncut diamonds you still find cash playing a major role [in crime], because its basically government-licensed, anonymous currency. It has very high liquidity, low transaction costs. You can spend cash anywhere, [but] if you take gold coins to someone theyre actually a lot of trouble to verify. Rather than eliminating cash completely, Mr Rogoff suggests eliminating high-value notes  which many countries have already done in an attempt to control tax evasion, money laundering and fraud. The Bank of England says it has no plans to replace the current paper £