A campaign has been launched to raise awareness about criminal gangs exploiting young and vulnerable people to carry cash, drugs and weapons via the public transport network. 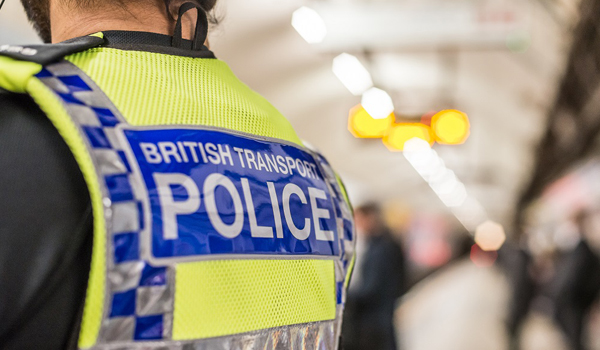 Crimestoppers, police and the rail network are involved in the initiative against so-called County Lines gangs, which was launched at Edinburgh Waverley station on Thursday.

“Exploiting the most vulnerable people, including children, is the approach of those who operate County Lines,” said Detective Superintendent Garry Mitchell, from Police Scotland.

“They intimidate, coerce, threaten and use violence to groom young people and force them to transport, store and sell drugs for their own nefarious benefit,” he added.

The force will work in partnership with Crimestoppers, Network Rail as well as the British Transport Police, to ensure individuals at risk are safeguarded.

Passengers and staff across the rail network will be encouraged to spot the signs via posters and postcards as well as social media posts.

“County lines gangs target young and vulnerable members of society and exploit them to run harmful drugs between locations, which can be hundreds of miles apart,” said Detective Superintendent Gareth Williams from British Transport Police.

“As a force we are dedicated to identifying and safeguarding those exploited in this crime type to pull them out of harm’s way and away from a life of crime,” he added.

Criminals often sent up base in rural areas for a short time and take over the home of a vulnerable person by “cuckooing” and use adults and children to act as drug runners.

Angela Parker, Scotland National Manager for the independent charity, Crimestoppers, said: “County Lines isn’t necessarily a term people are familiar with, but as a charity it’s important we raise awareness of this issue and help tackle it.

“Gangs coming into our communities here in Scotland, are not welcome. We want to ensure that if they do decide to set up their operation here, that your information can help get them removed and keep our communities safe.

“When you contact us, we won’t judge or ask any personal details. All we want to know is what you know. We guarantee you’ll remain 100% anonymous. Always.”

The campaign also has the backing of community safety minister, Ash Regan, who said: “I welcome today’s launch of this important campaign. Raising awareness of the threats posed by County Lines gangs is a key element in tackling organised crime and reducing the harm it causes to our communities.

“The Scottish government, along with partners on Scotland’s Serious Organised Crime Taskforce, is committed to continuing to bring to justice those who supply illegal drugs and cause untold harm to some of our most vulnerable individuals and communities.”