A man found guilty of attempting to smuggle a pipe bomb on to a plane at Manchester Airport was released following errors in the assessment of the device, Greater Manchester Police (GMP) has admitted. 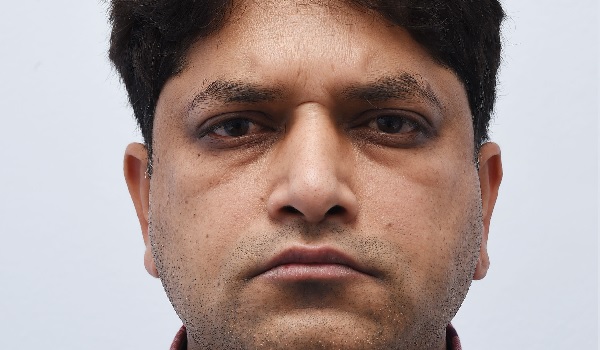 A man found guilty of attempting to smuggle a pipe bomb on to a plane at Manchester Airport was released following errors in the assessment of the device, Greater Manchester Police (GMP) has admitted. Nadeem Muhammad, 43, from Bury, was convicted on Tuesday (August 8) of possessing explosives with intent to endanger life or property after a device made of masking tape, batteries, the tube of a marker pen, pins and wires was found in his hand luggage as he passed security to board a flight to Italy on January 30. Despite being found guilty, the Crown Prosecution Service (CPS) said Muhammads motive remains unknown. Councillor Pat Karney, of Manchester City Council, has called for an inquiry into the errors made by security officers after the bomb was initially deemed as not viable. A swab of the outside of the device revealed no trace of explosives, and after he was questioned by counter-terrorism officers, Muhammad was released. Muhammad returned to the airport the next day to collect his mobile phone, then again on February 5 to board another flight to Bergamo. However, suspicions arose when the device was examined by forensics officers on February 8 and bomb disposal experts were called. It was then sent for examination by forensic expert Lorna Philp, who found it was a crude but potentially viable improvised explosive device containing double-base smokeless propellant, usually found in firearms ammunition. Italian police officers raided Muhammads house and workplace on February 9 and took him to a station, but he was released after a few hours and boarded another flight back to Manchester Airport on February 12 where he was arrested. Manchester Crown Court heard Muhammad, who was born in Pakistan but had an Italian passport, planned to detonate the bomb once on board the Boeing 737. He told the trial the device had nothing to do with him, and that he had never seen it before. The jury reached a majority verdict of 10 to two following almost 16 hours of deliberations. Superintendent Graeme Openshaw from GMPs Specialist Operations unit, said based on information presented at the time, officers determined there was not sufficient evidence to arrest Muhammad or restrict his movement. Following subsequent forensic examination of the device carried out by police, it was determined that it could be viable and the man was arrested at the first opportunity, he added. We accept that there were some errors with our assessment of the device on the day and we have already reviewed our practices, however this incident has demonstrated the effectiveness of the airport security checks where the item was successfully detected and the passenger intercepted. Mr Karney said: “There`s something about this that doesn`t sit right. “The airport say there`s no problem, the police come out with the usual line about lessons learned but I just don`t get the narrative that everything worked well. “Greater Manchester Council owns the airport and I`ll be writing to our councillors who have responsibility for the airport to ask them to demand a full inquiry.” Sue Hemming, head special crime and counter terrorism at the CPS, said: “Despite extensive investigation, Nadeem Muhammad`s motive for attempting to take this device onto a plane remains unknown. “However it is clear that the consequences, had he been successful, could have been disastrous.” Muhammad is scheduled to be sentenced on August 23.