Forces and local authorities across the country are increasingly turning to closure orders to deal with licensed premises that become crime hotspots, but one US study suggests this may in fact cause a spike in offending. 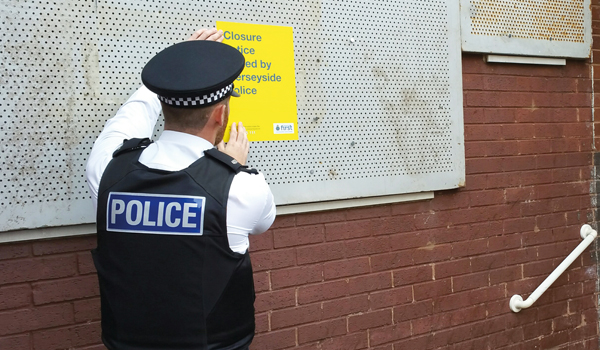 Last week Cardiff Councils licensing sub-committee granted permission for a new off-licence to open in the citys Riverside suburb, despite more than 40 pages of objections from police and the local community, which said it regularly has to call in the emergency services to deal with ongoing issues. One resident said: The addition of another outlet being allowed to sell alcohol in later hours could only impact further on a community that already suffers the consequences of ghettoisation of the dispossessed, who by degrees suffer from drug, alcohol or substance addiction and misuse. It was a similar story in Watford last month when Hertfordshire Constabulary raised objections to an application by the Watford Convenience Store in Market Street to extend the hours it could sell alcohol from 8pm to midnight seven days a week. In a representation to the local licensing sub-committee, Licensing Sergeant Luke Mitchell said: Market Street has had a historical problem with regards to street drinkers, resulting in complaints from businesses and residents, daytime and evening, regarding anti-social behaviour. In this anti-social behaviour hotspot, this would be detrimental to what we are trying to achieve in the area. Earlier this year, West Midlands Police failed to block an application for a late-night licence from the Inner Circle Caribbean takeaway in Hockley, despite evidence linking the premises to gang activity. In a written submission to the Birmingham City Council licensing committee PC Abdul Rohomon said: West Midlands Police has concerns these premises are being used as late-night hubs for organised crime groups to both deal drugs, commit crimes and create anti-social behaviour. There are no conditions that can be imposed on the licence that would remove or even reduce the threat that this premises poses. Local neighbourhoods around the world invariably have properties or retail outlets that become crime magnets, but closing them down can be a challenge. Shops selling late-night food and alcohol are a particular problem, with research linking the sale of alcohol with increases in crime in the surrounding areas. One study of changes in the number of off-licences in California over a several years found that, regardless of other neighbourhood characteristics, any increase in premises selling alcohol led to an increase in the level of violence. The poorer the community, the greater the effect. According to the report, alcohol outlets can encourage social disorder and attract loiterers and public drinkers, who send a message that this is a neighbourhood in which normal rules about orderly behaviour are not enforced. More outlets can also result in a large number of people under the influence of alcohol, which increases the risk of violence and makes them more susceptible to violence. According to Richard McCleary, a professor at the University of Californias Irvine School of Social Ecology, although certain businesses in a particular type of community setting are strongly associated with crime this does not mean they cause crime; the crime may already be there. High-poverty communities with either perceived or real issues with crime typically struggle to attract household name businesses and high-quality establishments. Instead, smaller, independent businesses tend to cluster and dominate, benefiting from relatively cheap rents and the opportunity to fulfil unmet demand without big-name competition, he explained. However, simply closing them down may not be the answer. Research from the US published earlier this year in the Journal of Urban Economics found that empty properties would actually increase the level of crime in the area. The research suggests a better solution would be to replace them with businesses that do not attract the same kind of criminal activity. In a study of crime trends, Tom Chang, an assistant professor of finance and business economics at the University of Southern California Marshall School of Business, found that the level of crime increases