The police need to strike a better balance between the rights of protesters and the rights of others, according to a report by Her Majesty’s Inspectorate of Constabulary and Fire and Rescue Services (HMICFRS).

The report suggested that scales may tip too readily in favour of protesters and that a “modest reset” is needed.

One of the issues examined was whether police officers should take the knee – a gesture of solidarity created by American football player Colin Kapernick in 2016 to oppose racial inequality – and the report concluded it would “rarely be appropriate”.

HMICFRS inspected ten police forces with recent experience of policing demonstrations and consulted a range of other bodies, including protest groups and the general public, through a survey of 2,033 people.

The poll found that, for every person who thought it acceptable for the police to ignore protesters committing minor offences, twice as many thought it was unacceptable.

The majority of respondents felt it was unacceptable for demonstrations to involve violence or serious disruption to residents and business.

The report, which runs to more than 150 pages, said police forces are usually good at planning for protests.

In a foreword, Her Majesty’s Inspector of Constabulary Matt Parr said: “Having reviewed the evidence, our conclusion is that the police do not strike the right balance on every occasion.

“The balance may tip too readily in favour of protesters when – as is often the case – the police do not accurately assess the level of disruption caused, or likely to be caused, by a protest.

“These and other observations led us to conclude that a modest reset of the scales is needed.”

HMICFRS concluded that, with some qualifications, changes to the law would improve the effectiveness of protest policing, as long as they are applied proportionately and in line with human rights law.

Inspectors suggested several changes to help get the balance of policing protests right, including ensuring that forces consider the levels of disruption or disorder above which enforcement action will be considered.

They recommended improving the way that police assess the impact of protests, to help them understand fully the impact on local residents, visitors to the area, businesses, and the critical infrastructure.

They urged improvement in the quality of police intelligence on protests, particularly about those who seek to bring about political or social change in a way that involves unlawful behaviour or criminality.

And they recommended supporting forces to use live facial recognition technology in a way that improves police efficiency and effectiveness, while addressing public concerns about the use of such technology.

Inspectors also called for police commanders to be equipped with up-to-date, accessible guidance and a greater understanding of human rights law.

Mr Parr said: “The right to gather and express our views is fundamental to our democracy. But this is not an absolute right.

“The police need to strike the correct balance between the rights of protesters and the rights of others, such as local residents and businesses.

“We found that the police too often do not find the balance between protecting the rights of the protesters and preventing excessive disruption to daily life, which even peaceful protest can sometimes cause.

“We concluded that, with some qualifications, changes to the law would improve police effectiveness, and that the legislation could be framed in a way that is compatible with human rights.

“There will remain a considerable public interest in ensuring that a fair balance is struck. We have made recommendations and identified areas for improvement which are designed to help the police get the balance right.”

One issue looked at by inspectors was whether police should take the knee, with the report saying that, during the Black Lives Matter demonstrations in the summer of 2020, protesters sometimes put pressure on officers to do so.

Forces have adopted different stances on this, the report said, adding: “We understand why police leaders may wish to demonstrate to their officers and staff from minority groups, and to the wider public, that they support principles of equality.

“On balance, we believe that police leaders should think very carefully before they take any actions which may be interpreted as showing support for, or aversion towards, any protest or its stated aims; it will rarely be appropriate.”

However, the report added that it would be “unfair to criticise officers who take actions on the spur of the moment with the aim of, for instance, defusing tension at a protest”.

National Police Chiefs’ Council lead for public order and public safety, Chief Constable BJ Harrington, said: “The right to protest is a well-established part of democracy in the UK. UK police have a long history of upholding this right while balancing it with the rights of others, seeking to minimise disruption and keep the public safe.

“We have significant experience in policing protests and other large public events safely and peacefully, and the British approach is recognised as among the best in the world.

“Protest policing is challenging and complex – and even more so during this current pandemic. Police officers seek to find the right balance between the rights of protestors and those of local residents and businesses while doing all they can to prevent violence and criminality in fast-moving situations, dealing with varied and new protest tactics. As the inspectorate recognises, it is a particularly difficult balancing act when protests are non-violent and peaceful but highly disruptive.

“We are constantly learning and developing our approach to policing protest, and will carefully consider the inspectorate’s findings and recommendations as we continue to improve.

“The police officers involved in policing protest consistently place themselves in harm’s way to keep these events safe and lawful – it is right that HMICFRS recognises their hard work and professionalism.” 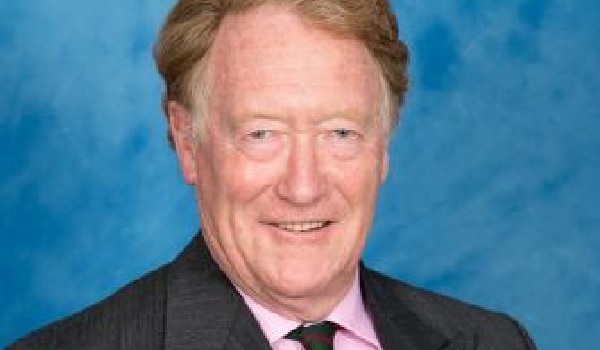