The Government has been accused of taking the path of least resistance by refusing to amend anti-metal theft laws. 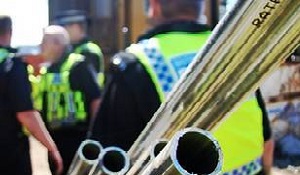 The Government has been accused of taking the path of least resistance by refusing to amend anti-metal theft laws. Reports of metal theft have fallen by more than 75 per cent in four years following the introduction of the Scrap Metal Dealers Act (SMDA) that banned selling scrap metal for cash. A Home Office review, published on Monday (December 11), found the Act continues to be a powerful weapon against offending and made no recommendations for amendments. However, the British Metals Recycling Association (BMRA) claims that metal theft has risen in the months since the data was collected due to rising scrap prices and poor enforcement of regulations. It specifically pointed to the loss of the National Metal Theft Taskforce as a key factor behind this increase and has called for the unit to be reinstated. Robert Fell, chief executive officer of the British Metals Recycling Association (BMRA), said he is extremely disappointed as the decision means that the law is still not fit for purpose. We are further dismayed that, despite the rising incidents of metal theft, they have chosen not to allocate funds to enforce the Act through the reestablishment of the Metal Theft Taskforce, he said. Instead, Government has chosen to take the path of least resistance, thereby ignoring the pleas by the many victims of crime to strengthen the Act. Since the review was announced, we have repeatedly warned that, as metal prices recover, the reports of metal theft will rise  and they have done, significantly. The SMDA was introduced in 2013 to crack down on the £220 million trade in stolen metal by criminalising cash transactions, requiring dealers to obtain a licence to trade and subjecting sellers to identity checks. Since then, the number of metal thefts has decreased from 62,000 per year to around 16,000 in 2015/16 and the price of scrap metal has reduced by 57 per cent. Office for National Statistics (ONS) figures also show police recorded metal thefts fell to fewer than 13,000 in 2016/17, although the rate increased slightly at the beginning of this year. A total of 3,684 incidents were reported between January and March 2017, compared with 3,015 in the previous quarter and the highest level since 2015. The BMRA claims that high excess payments on insurance mean many thefts go unreported, and said its members have recently reported a rise in highly organised thefts from scrap metal dealers. This may be due to a recent rise in metal prices as the price of copper peaked at around £5,300 per tonne in September  close to levels last before the Act was introduced. This means that where previously a small amount of lead flashing might be stolen, now its 50m squared of lead roof at a time, a spokesperson said. In August, Mr Fell warned that some scrap yards are still illegally paying cash for scrap metal but police are often unable to act due to a lack of resources. The Metal Theft Taskforce, formerly part of British Transport Police, was set up in 2011 to help tackle this kind of activity. It was always intended to be a temporary measure and was disbanded in September 2014. The BMRA believes reinstating the unit and using it to tackle cash-paying operators would reduce the number of outlets for stolen metal. It also supported other amendments to the Act including introducing a new offence of receiving cash for scrap metal and enabling police to inspect itinerant collectors. The Home Office has offered to consider whether the legislation might be strengthened in the future. Keith Hunter, local policing and partnerships lead for the Association of Police and Crime Commissioners, said although such amendments would be welcome they would fail without effective enforcement. Legislation, in itself, will not prevent crime. It is clear that visible enforcement activity and preventative work is key if we are to ensure that we can tackle this issue effectively, he added. Local authorities and police forces around the country have seen their enforcemen