Frontline officers are applauding the explosion of body-worn video camera (BWV) use as criminology experts praise the “significant role” they play in improving police legitimacy and public safety. 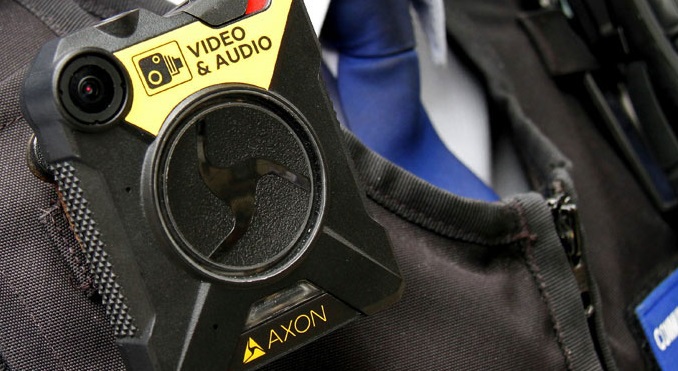 Frontline officers are applauding the explosion of body-worn video camera (BWV) use as criminology experts praise the “significant role” they play in improving police legitimacy and public safety. More than four out of five think wearing cameras should be compulsory with broad support among officers who find the technology “empowering”, new research reveals. An added bonus to the presence of a camera is a “positive and calming effect” on confrontational situations, officers also claimed. During the independent study by London Metropolitan University (London Met), which looked at officers attitudes towards the technology, the number of complaints from the public about “incivility or oppressive conduct” halved over a two-year period. Some 149 officers out of the 700-strong City of London Police (CoLP) were interviewed before and after the trial to identify any shifts in attitude towards the BWVs. The research discovered that 83 per cent of officers feel that cameras should be worn with 93 per cent believing they help with evidence gathering. Lead author Dr James Morgan said: Contrary to many assumptions regarding cop culture, the officers surveyed and interviewed for this study were very progressive in their approaches to this new technology. They wanted greater accountability and oversight and believed in their own policing practice and wanted this recorded. The findings also point to a particular context in policing, where actions are often scrutinised with members of public armed with their own recording equipment. “The participants of this study wanted their own footage to counter negative portrayals of the police which might be found on social media, having their perspective and experiences better understood by the wider public.” He added: Police officers were mainly positive about the technology, most notably in the hope it would reduce spurious complaints and give police the opportunity to show the pressures in which they work under. As well as lowering complaints it was hoped that this technology would reduce the time officers spent preparing evidence for court, increase guilty pleas and contribute to a reduction of assaults on officers. Second author, Dr Dan Silverstone who now works for Liverpool John Moores University, added: The findings are particularly important because it addresses the stereotype that police officers often face. The cameras will play a significant role in improving police legitimacy and improving public safety. Most forces  with the exception of the Metropolitan Police Service (MPS)  are unable to share footage digitally from BWVs directly with prosecutors because of differences in computer software systems. And Mr Silverstone admitted: At the time of the study, there were issues to be addressed in ensuring that the evidence from the cameras were compatible with the Crown Prosecution Service systems. “However, when these are resolved, evidence from the body worn cameras will increase the speed and success of prosecutions. In other findings the London Met study recorded that the number of complaints from the public about incivility or oppressive conduct halved during the trial period, though the numbers were small  down from 11 and 10 in 2014 and 2015 to five during the trial period in 2016. All but one of those five complaints were dismissed. Chief Superintendent David Lawes from the CoLP said: These cameras already play an important role in our policing, as the mere presence of this type of video can often prevent potentially volatile situations from escalating. “Simply put, video captures events in a way that can`t be represented on paper in the same detail; as one officer in this study states  video enables one to feel the emotion of an incident. Our officers already work in an observed environment, with the prevalence of camera phones in society, and body worn cameras allow officers to show their interpretation of an incident, while still being fully accountable for their actions. The study`s fi