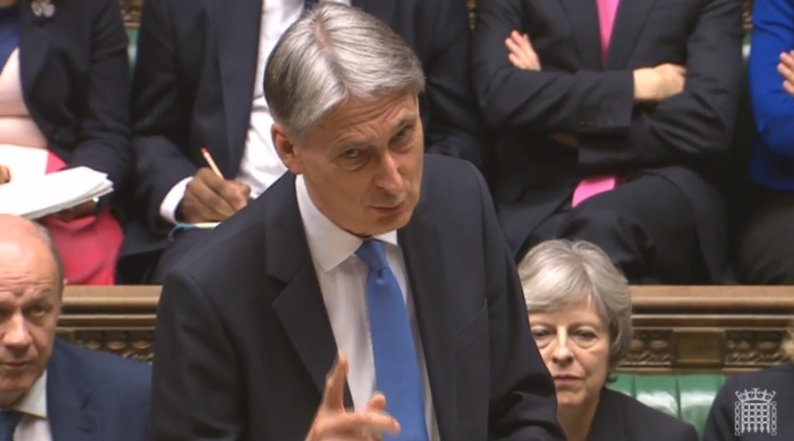 Chancellor Philip Hammond accused the SNP government of burdening Scotlands police and fire and rescue services with a £140 million tax bill legacy for ignoring the financial consequences of creating national forces. The two emergency services have been spared VAT liability starting from next April, he announced in his Budget on Wednesday (November 22). Tax bills are to be refunded in future  bringing Police Scotland and the Scottish Fire and Rescue Service into line with their counterparts elsewhere in the UK. But VAT paid since the creation of the single bodies will not be reimbursed. The Scottish government says the two services pay about £35 million a year in VAT  bringing the total bill since they were set up four years ago to £140 million. The SNP has repeatedly called for an to end the glaring disparity in the way that VAT affects emergency services across the UK, pointing out that territorial police and fire services in England and Wales already get refunds on their VAT bills. But the UK Government says the Scottish government knew of the VAT implications before the police and fire service mergers were approved. The SNP knew the rules, they knew the consequences of introducing these bodies, and they ploughed ahead anyway, said Mr Hammond in his Budget speech. Ahead of the Chancellors Budget Statement, the SNP had called for all VAT that had been previously paid by the police and fire services to be refunded, arguing that the £140 million would make a real difference to frontline services in Scotland. Scotlands First Minister Nicola Sturgeon said the issue of no backdating was disappointing and unfair to emergency services.