British Transport Police is scaling up its counter-terror operations amid the continuing severe threat facing the UK. 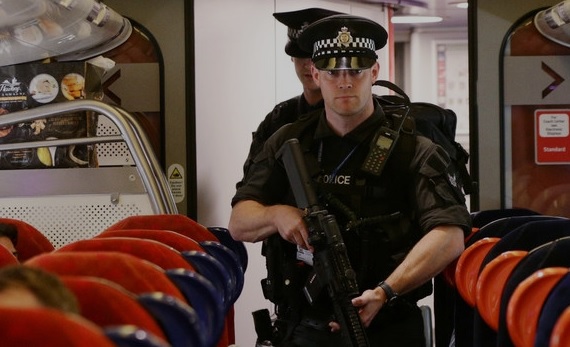 British Transport Police is scaling up its counter-terror operations amid the continuing severe threat facing the UK. The national force is spreading its network  creating new units of firearms officers, dogs and behavior detection personnel in Birmingham and Manchester. It is in the process of recruiting 170 personnel. The decision follows five UK terror attacks between March and September which saw 36 people killed and hundreds more injured. Assistant Chief Constable Alun Thomas said London-based firearms units had been patrolling on trains and stations in other major cities since early this year, including-high profile events like the UEFA Champions League Final in Cardiff. But he added: In the current climate, we know how important it is to make sure we have specialist and highly trained officers in the right place at the right time to keep people safe, which is why we are looking to recruit even more people. The force launched a recruitment drive in August for officers to join the teams, which Mr Thomas said would be solely dedicated to counter-terrorism. On Sunday (December 17), the Home Office announced an extra £50 million of funding that will be ring-fenced for this specialism. Mr Thomas added: We want the public to be reassured that wherever they go on the rail network, we have highly trained people there to protect them if needed. “We want our officers to be highly visible, we want them to engage with the public every single day and we want people to know they are there. By basing new officers in the Midlands and the North, it allows us to make that an absolute reality. We want to recruit specialist officers, to work in this specialist environment. At BTP, these officers will be solely dedicated to counter terrorism using a policing style that is engaging, public facing and reassuring, complementing local policing and will be extensively trained and supported with regular exercising across the network. He stressed the creation of the units was not in relation to any direct threat weve received to the rail network. A base for the new unit has not yet been confirmed. It will also include support dogs, specialist equipment, vehicles and staff to support the operations.