By the end of January 2007 all officers in BTPs Reassurance teams will be using their PDAs to obtain an instant check on a persons criminal history and be able to link that person to their registered address helping officers better detect those trying to deceive. Intelligence information can also be updated into the central system as soon as it is obtained from an encounter and instantly viewed by other officers. This helps officers to identify criminals swiftly and take the appropriate action to keep the Underground safe and secure.

This new technology, which has been developed by mobile data specialist Beat Systems and is being provided in partnership with Northgate Information Solutions, will also save officers around one-hour of administration time for every shift worked by doing some of the work for them while they are on the beat. Officers no longer have to update information systems upon returning to the station. This allows them more time to maintain their visibility on the Underground.

Chief Superintendent Paul Crowther of British Transport Police said: The PDA is a robust addition to our crime fighting tool kit allowing us to better drill down into criminal activity and take appropriate action. Ticket touts, those who assault staff and people bent on anti-social behaviour on the Underground should beware.

Four arrests of offenders wanted on warrant, three of them for violent offences, have already been facilitated by officers making instant criminal history checks. In the east London sector of BTP alone stops and searches of persons behaving suspiciously have increased significantly over the past month.

Persons who are stopped and searched under current law will soon, if necessary, be able to select their own language from a simple national flag system to receive a translated explanation of why the search is being carried out. Photography and fingerprinting technology are also under discussion.

BTP is also the first to utilise mobile printing on the beat. Each officer can provide a person with a printed record of the encounter from a slimline thermal printer that is carried in a pocket on their uniform.

John Strutton, London Undergrounds Crime and Disorder Partnership Manager, said: London Underground and Transport for London as a whole are fully supportive of any measure that increases the amount of time that police BTP officers are visible both on the network and in the street.

Transport for London has funded 200 extra BTP officers for the Underground over the last two years, and this initiative is another demonstration of the effort that our police partners are putting into achieving our joint aims – in this case, maintaining a safe, secure Underground system. 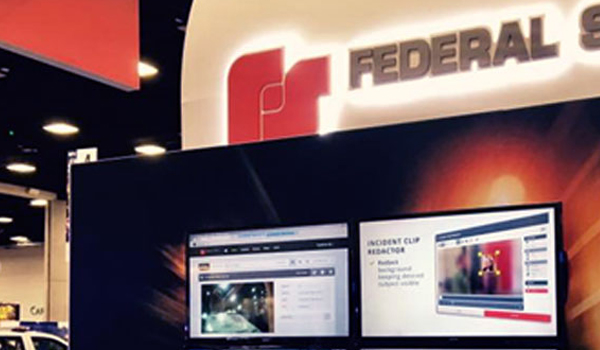