Belgium police are treating a machete attack on two soldiers in the centre of Brussels as a “terrorist incident” after officers shot dead the suspect. 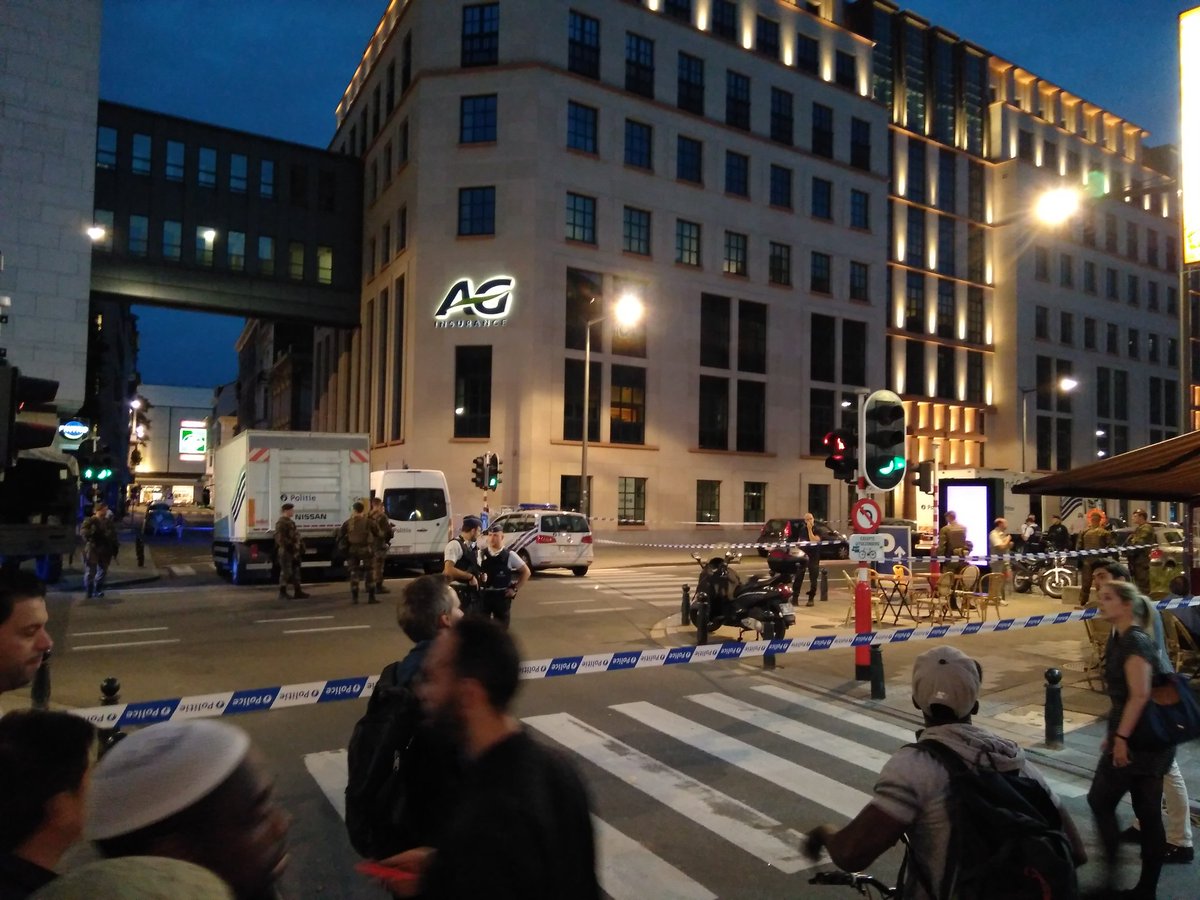 Belgium police are treating a machete attack on two soldiers in the centre of Brussels as a “terrorist incident” after officers shot dead the suspect. Witnesses said on social media that they heard “two bangs” as a heavy police presence was reported in the Belgian capital on Friday (August 25) evening. One of the soldiers suffered a wound to the face, the other a hand injury in the attack on Boulevard Emile Jacqmain  coincidentally around the same time the suspect with a “large knife” was being arrested outside Buckingham Palace in central London. The Brussels attacker, thought to be a 30-year-old Somalian, was injured in the street but later died in hospital. Photographs showed the street cordoned off with police officers and troops in the area. Soldiers have become a familiar sight on the streets of the Belgian capital since terror attacks which killed more 32 people in March last year. Belgium`s federal prosecutor`s office said the attacker was “not known for terrorist activities” but said that he had shouted “Allahu Akbar” (“God is greatest” in Arabic) during the assault. The attack is being treated as terrorist incident, the prosecutor`s office added.