Brits among 36 held for £15m `timeshare scam` in Malaga

Spanish police have arrested 36 people  most of them British  over a £15 million Costa del Sol timeshare scam. 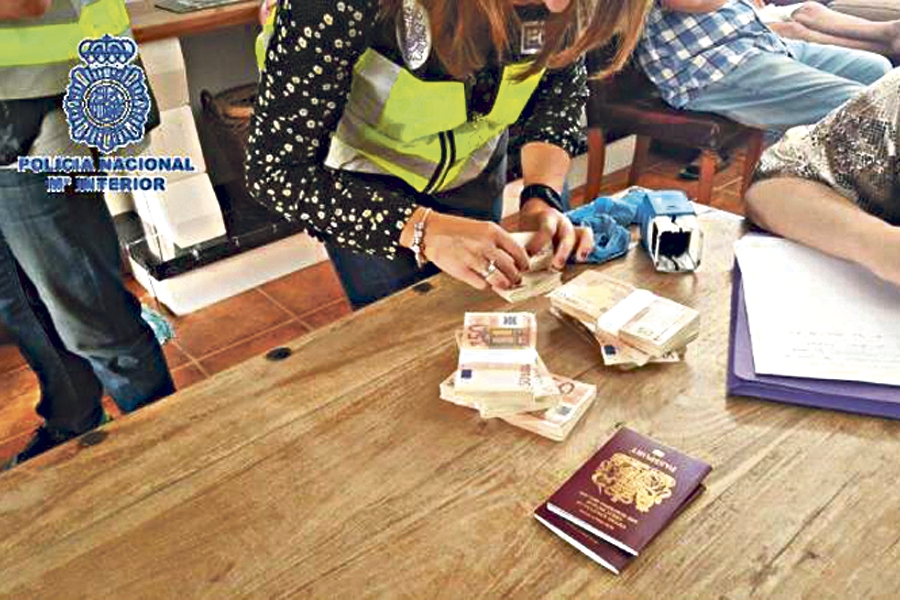 Spanish police have arrested 36 people  most of them British  over a £15 million Costa del Sol timeshare scam. An estimated 500 victims of the alleged fraud, all thought to be from the UK, were conned out of deposits they paid for sales or purchases that never went through. Spanish investigators believe many more cases are yet to come to light. A British man, detained along with his wife, son and daughter-in-law, is suspected of heading up the operation. Officers searched five properties as well as a lawyers office in the city of Velez-Malaga. More than £100,000 in cash, ten designer watches, gemstones, a yacht and seven vehicles, including a Ferrari, were seized. The 36 were arrested “on suspicion of fraud, money laundering, forgery and membership of a criminal organisation”. Policia Nacional launched the investigation after 33 of the alleged victims approached a legal adviser in Benalmadena who contacted the authorities.