The leaders of far-right group Britain First have been charged with religiously aggravated harassment. 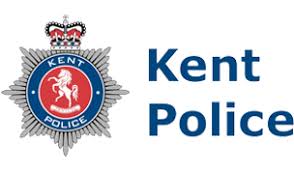 The leaders of far-right group Britain First have been charged with religiously aggravated harassment. Kent Police said the organisation`s head, Paul Golding, and deputy leader Jayda Fransen have been bailed to appear at Medway Magistrates Court next month. The pair, both from Penge, south east London, were arrested in May as part of an investigation into the distribution of leaflets and the posting of online videos during a trial held at Canterbury Crown Court the same month. That trial saw three Muslim men  Shershah Muslimyar, 21, Tamin Rahmani, 38, Rafiullah Hamidy, 24  and a 17-year-old all convicted and jailed for the rape of a 16-year-old girl in Ramsgate. The former leader of the English Defence League (EDL) was given a suspended prison sentence for contempt of court in May after filming outside the court during the same rape trial. In a video posted online, Tommy Robinson filmed himself describing the defendants, who had not yet been convicted, as paedophiles and claiming: Its going on across our country. Mr Golding and Ms Fransen filmed themselves vowing to never give up on standing up for the British people. Mr Golding said in the Facebook Live footage: It doesnt matter what happens today or what happens in the future, you can rest assured that you have two political party leaders here who will never give up under any circumstances. We will fight to the bitter end for our country and we will never surrender, we will never give up. A force spokesperson said Ms Fransen, 31, faces four counts of causing religiously aggravated harassment and Mr Golding, 35, three counts. A court appearance has been scheduled for October 17.