Crack cocaine use is on the rise, including for the first time among the young. We ask why is it such a difficult drug to tackle? 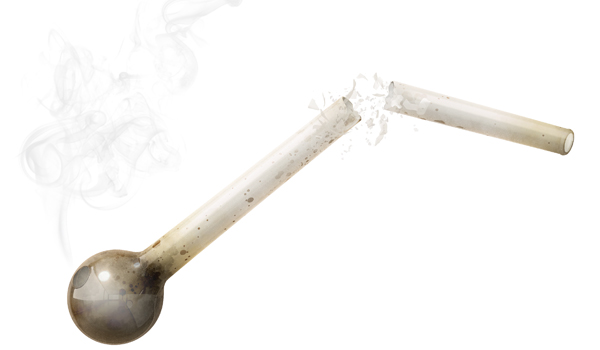 Although dozens of arrests and prosecutions for drug dealing take place around the country on a daily basis, a case at Derby Crown Court earlier this month stood out  notable for the bargain-basement price at which the wraps of crack cocaine were being sold and its extremely high purity, both of which have been linked to a sudden resurgence in the drugs popularity. Sally Grainger was sentenced for two years and eight months for drug-dealing offences. When the 39-year-old former National Rail inquiries customer services manager was detained by officers after she was seen acting suspiciously in Derby city centre on October 13, they found 11 wraps of crack cocaine, split into £5 deal bags. A further search at the police station recovered 36 wraps of heroin together with two more wraps of crack cocaine. The crack cocaine was found to be between 99 and 100 per cent purity. An examination of Graingers mobile phone revealed a number of messages relating to drug-dealing. One said: “Will you sort me a £20 deal? Another said: Can I be cheeky and ask for three for £15? The latest adult substance misuse figures released by the National Drug Treatment Monitoring System (NDTMS) show the number of users of crack cocaine has risen by 23 per cent. The NDTMS report, which was published earlier this month and covers the period from April 2016 to March 2017, also found there was a 12 per cent rise in the number of people trying to beat an addiction to crack cocaine and opiates. One factor behind the sharp increase is believed to be greater availability. Separate data, released by the Home Office at the same time as the NDTMS report, shows a 16 per cent rise in seizures of crack in the year to April 2017. Although the overall number of seizures is now at its highest level for a decade, the overall weight has fallen, which could indicate that crack cocaine is being sold in smaller quantities, such as the £5 bags seen in the Grainger case. This theory is supported by a number of other cases, including Hakeem Blackwood who was jailed for three years at Derby Crown Court last week. After being arrested on suspicion of drug-dealing, Blackwood refused an intimate search. Officers had to wait for nature to take its course and eventually recovered 185 wraps that he had swallowed, 133 of which contained crack cocaine and the remainder contained heroin. The NDTMS report says that the increase in the numbers seeking treatment for crack addiction not only reflects a rise in the use of the drug, but also suggests that the price of crack cocaine was most likely falling. This increase in the number of new users may be in part caused by changes in the purity and affordability of crack cocaine over the past few years, the report said. Beyond wider drug trends and fashions, price, purity and availability are considered to be important drivers of drug use over time. Not only has the price of crack cocaine fallen by 13 per cent since 2007, but it is now more readily available. Newly-established supply routes in the UK have also emerged, with central city gangs distributing crack cocaine into coastal and rural areas along so-called County Lines. The increasing use of crack cocaine comes at a time when much of the attention surrounding drug addiction has focused on the use of opiates, in particular synthetic additives such as fentanyl and its derivatives, which have been responsible for an increasing number of deaths. However, deaths from crack cocaine use in England and Wales have also increased, up from 320 in 2015 to 371 in 2016. The Office for National Statistics said there was a significant increase in both powder cocaine and crack purity at all levels in 2016  right up to the 100 per cent pure product found on Grainger  which may partly explain this increase. Precise figures are difficult to determine as crack cocaine is rarely recorded as contributing to death by coroners because the toxicological assessments do not distinguish between the different forms of cocaine. Public health officials in B