The Independent Police Complaints Commission (IPCC) has launched an investigation into an incident in which a teenager suffered serious facial injuries during a pursuit. 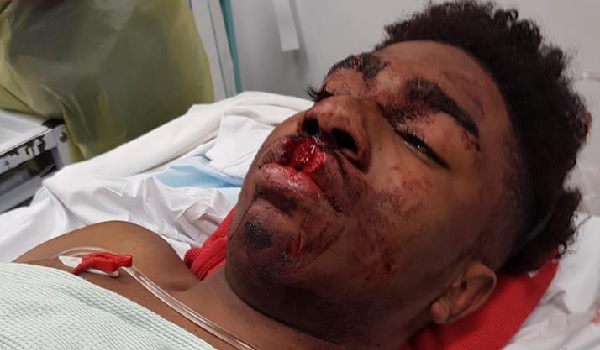 The Independent Police Complaints Commission (IPCC) has launched an investigation into an incident in which a teenager suffered serious facial injuries during a pursuit. Terrell Decosta Jones-Burton, 15, was knocked unconscious while appearing to evade detention by a police officer on foot in Southwark, south London. The officer was responding to a report of robbery of a mobile phone. Mr Jones-Burton was spotted riding on his bicycle a short while later, and fell off as an officer tried to detain him, the MPS said. He was then taken to a south London hospital where he remains in a stable condition. The incident sparked considerable social media allegations about his treatment, as his mother initially accused officers of beating him up. Shereen Jones also alleged that officers are sitting by his bedside waiting for Mr Jones-Burton to be discharged so they can arrest him. She posted on Facebook that he suffered a split lip, broken teeth, bruising on the brain and a broken jaw. He also had a seizure on his way to hospital. Ms Jones said she had spoken to her son on the phone just minutes before he was stopped reminding him not to break his 9.30pm school-night curfew, which she claims is why he was rushing home. CCTV footage showed the 15-year-old colliding at speed with the door of a chicken shop while an officer pursued him on foot. The IPCC said body-worn video has established Mr Jones-Burton was pushed from his bicycle by the officer. Ms Jones added that her son was not a thug and has no criminal record and no involvement with the police. I get in the ambulance and all I can see is his face just shattered, just completely disfigured. He looked like a dead person, thats how bad he looked. I almost didnt recognise him. I burst into tears. A MPS spokesperson said: Police were called at approximately 21:05hrs on Tuesday, 21 November to reports of a robbery in Albion Street, SE16. The female victim informed officers that her mobile phone had been stolen by a male youth who had then fled on a bicycle. A short while later officers detained a 15-year-old male youth on a bicycle in Southwark Park Road. While being detained, the male came off his bicycle and was taken by the London Ambulance Service to a south London hospital where he remains in a stable condition with facial injuries. The Met`s Directorate of Professional Standards and Independent Police Complaints Commission were informed as is routine. IPCC Associate Commissioner Tom Milsom added: Understandably, concerns have been raised within the community about how this teenager came by his injuries. I want to assure everybody that our independent investigation will rigorously examine the evidence we gather, to establish what took place,” he added. Our investigators have obtained CCTV and body worn video footage and begun analysing it. We have established that the teenager was pushed from his bicycle by a police officer who was in the area responding to reports of the theft of a mobile phone. We will be conducting house to house enquiries in the area and would again ask for the co-operation of anyone who may have witnessed the event. We have received the initial accounts provided by the officers, potential witnesses are being contacted, house to house enquiries will be taking place and the IPCC will be issuing witness appeal flyers and installing a witness appeal board at the scene. We have made contact with the teenagers family and will be providing them with regular updates as the investigation progresses. Our investigators will review the information that was available to officers prior to contact with the teenager and examine the extent of the force used to detain him. We will also be looking at the care provided after he was knocked off his bicycle.