The Police Federation for Northern Ireland (PFNI) says the incident in Londonderry involving a delivery driver forced at gunpoint to drive his car with a suspicious object to a police station is “warped and downright irresponsible”. 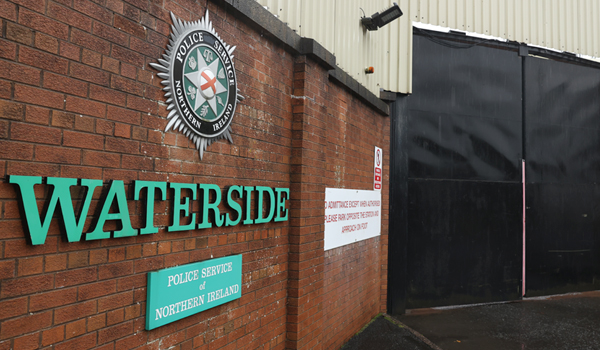 It said at around 10.30pm on Sunday (November 20), it was reported that a delivery driver was hijacked by three masked men at gunpoint in Milldale Crescent in Curryneirin who placed a suspicious object in his vehicle – a grey-coloured Ford Mondeo – and forced him to travel to the Waterside and abandon the car outside the police station.

A public safety operation was immediately implemented with dozens of homes evacuated and a large portion of Crescent Link closed to traffic.

PFNI chair, Liam Kelly said: “This is reprehensible. The people who terrorised a delivery driver and then caused wholesale, unacceptable disruption to the community are morally bankrupt and heartless individuals.

“They are warped and downright irresponsible. To go to these lengths with a device that was an elaborate hoax shows that these are people who don’t care what upset or damage they cause by their reckless actions.

They are deluding themselves if they think they are advancing some kind of political goal by inflicting misery, inconvenience and disruption on young and old alike in the community.

“They need to stop these reckless actions. The people behind this incident must be condemned and shunned. People know who they are, and my appeal is to tell the Police what you know so they can apprehend them and bring them before the Courts.”

“The misguided and senseless actions of those responsible have caused widespread disruption in the local community and beyond,” he said.

“People had to be moved out of their homes. Children couldn’t go to school this morning, while access to Altnagelvin Hospital for staff and those in need of medical help was impacted. The actions of those behind what was an attack on the community are reckless and futile.

“We hope the driver who was caught up in this horrific ordeal can recover and our thoughts are with him today.”

Chief Supt Goddard added: “Despite the cowardly and senseless efforts of a few, the community in Derry City and Strabane can be assured that their local officers will continue to work to keep them safe.

Between 10pm on Thursday (November 17) and this morning, our officers have responded to more than 300 calls for service. That’s in addition to dealing with the attempted murder of two of our officers in Strabane on Thursday night, and this current security alert.”

He said investigations into the incident continue.

Chief Superintendent Goddard added: “This incident has been widely condemned by the community and rightly so. Thank you to all those who were impacted and to the wider public for your patience and cooperation.”

The PSNI is urging anyone who was travelling between Curryneirin and Waterside police station between 10pm and 10:30pm last night, and who has dashcam and may have captured the grey Ford Mondeo or believes they saw it to get in touch.