Hertfordshire Constabulary is using a revolutionary new method of phone forensics to check the ownership and status of a mobile phone.

A handheld scanner identifies the IMEI barcode and checks the information against the SEND and UKSEIR databases. It is designed to help improve the process and initiatives around checking the National Mobile Phone and Property Register (NMPR).

The site  www.nmpr.com  contains details of stolen property uploaded by various police forces, insurers, trade bodies and the public via the Immobilise website (www.immobilise.com) and includes details of handsets that have been blocked by the mobile telephone service providers.

The information will then indicate the phones status, and whether there are any crime reports associated with the phone. The data can be exported to a report which can then be printed and stored with the phone as required.

The Apollo scanner has been developed in cooperation with Radio Tactics Ltd (RTL), and Hertfordshires Detective Chief Inspector Paul Maghie said: Its a great tool to help tackle volume crime offences. Weve identified a number of phones in possession of people that have been stolen in serious offences  even during the pilot of the scanner an offender was brought into custody for a fairly minor offence and he was found to be in possession of a handset stolen in a violent street robbery the day before. A search of his car revealed another eight stolen phones hidden under the front seat. Opportunities like that would have been missed without this device.

In Hertfordshire, a crime involving a stolen mobile phone cannot be finalised unless the IMEI number has been recorded.

The benefits of checking the IMEI of phones on the National Mobile Phone Registry (NMPR) have been proven in Hertfordshire, said DCI Maghie. For us, to not register the IMEI number of a phone is like not taking the registration of a stolen car  its an essential part of recording a crime. If, like Hertfordshire, more police forces update the details of their property daily, the database will continue to become even more effective as the network grows.

Weve seen many benefits to using the Apollo. Not only does it eliminate human error and increases speed and efficiency, particularly when dealing with a large stash of handsets, if a phone that shows up as stolen on the database is found in someones possession, it can give officers on the street grounds to arrest.

What follows is the investigation into where that phone came from, and experience has shown that many of the handsets had been stolen in serious crimes such as burglary and robbery. Also, because phones can be illegally reprogrammed with a new IMEI number, and the old one can be scratched off, this is better than carrying out a manual check. Often if a phone is PIN protected you are unable to turn the phone on to get the IMEI. They also provide a helpline as a backup and for those officers who dont have the scanner.

Hertfordshire Constabulary has bought 16 scanners which will be distributed across the force and the joint Hertfordshire and Bedfordshire Major Crime Teams.

DCI Maghie added: We conducted a month-long pilot in custody at our Watford station over Christmas where 90 phones were checked, and over 7 per cent were shown to be stolen. We have established that about 50 per cent of stolen phones are being reused with a new number and that even though they can be initially blocked by the service providers many are being illegally unblocked by unscrupulous dealers and market traders who reprogram the handset with a new IMEI.

The scanner was developed to make the NMPR more accessible to frontline officers.

Carl Tinker, UK business development manager at RTL, said: There are a number of applications for this technology which we are exploring at the moment  we are working with Hertfordshire Constabular

EU will consider the right to be forgotten on the internet

Digital pen on the write track 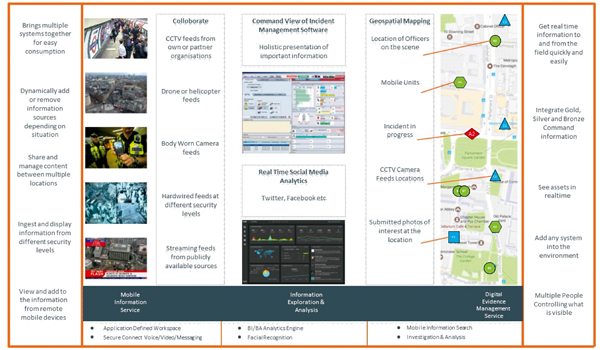 Business e-crime under spotlight at summit