A registered blind burglar who led pursuing police officers through a river after he was caught breaking into a derelict school has been jailed  for his 192nd offence. 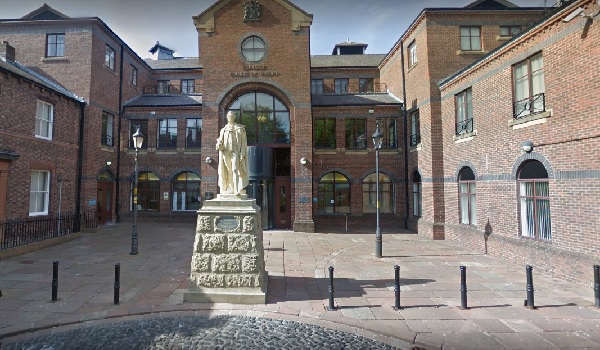 A registered blind burglar who led pursuing police officers through a river after he was caught breaking into a derelict school has been jailed  for his 192nd offence. Paul Anthony Gibson, 55, who has a degree of partial vison which enables him to walk using a stick, was handed a five-month prison term on Friday (September 29). Carlisle Crown Court heard that on August 24 last year, Cumbria Constabulary was alerted to a break-in at the now-derelict residential Eden Grove school, near Appleby. Officers discovered Gibson at the scene attempting to steal metal. He resisted their attempts to apply handcuffs and as they tried to detain him, he leapt over a nearby bridge into a river to try and escape. Prosecutor Sarah Magill told the court how officers found a pile of metal, seven hacksaw blades, a lantern and a holdall at the entrance of the boarded-up school. A police officer attended the property following reports of criminal damage and burglary, she added. The building was in some state of disrepair and had been vandalised. Within the property they found the defendant, who was carrying an armful of metal pipes. When tackled, Gibson claimed: The owner said I could have what I wanted. Defending, Ian Hudson said his client was homeless at the time following a prison release. He added: He had entered through an open entrance and the building was already badly damaged. None of it [the damage] falls at his doorstep because the Crown have absolutely no proof it was him. Judge Tony Lancaster heard the defendant, of Swinton, Manchester, was registered blind and had 191 previous convictions to his name. Of the offences, 54 were for theft or similar crimes of dishonesty.