A former regional CID head who missed death by minutes on the night of the Birmingham pub bombings says it is the duty of British police to interview a man claiming to be part of the group behind the attack. 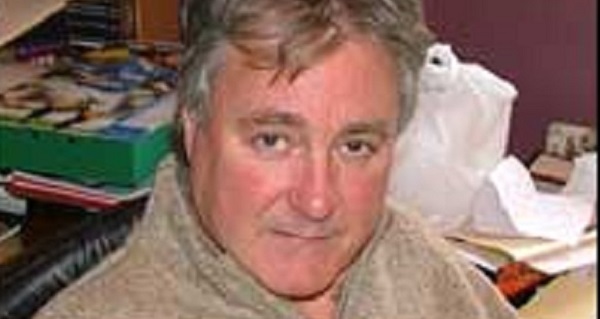 A former regional CID head who missed death by minutes on the night of the Birmingham pub bombings says it is the duty of British police to interview a man claiming to be part of the group behind the attack.

Michael Christopher Hayes, who now lives in south Dublin, has told the BBC he worked with the terror cell that killed 21 people when bombs exploded in two city centre pubs in November 1974.

The 69-year-old, who was previously named as a suspect but never charged, refused to say if he had planted the devices but takes collective responsibility for the attack and issued an apology.

Ex-Detective Chief Superintendent John Plimmer, who had been drinking with a colleague in the Tavern in the Town pub barely ten minutes before the first bomb went off, was one of the first to deal with the aftermath of one of the worst single losses of life in the Troubles.

Relatives of victims have demanded the arrest of the self-confessed IRA bombmaker who also claimed he defused a third device that had been planted on the citys Hagley Road once he heard of the carnage the first two explosions had caused. But Mr Plimmer, speaking to Good Morning Ulster, said: “Whatever confession he makes or any other person makes, my view is it will need strong corroboration to be believed or to stand up in a court of law.

“I think whether he is speaking truthfully or otherwise, it will be the duty of the British police to interview him.

“However, now you`ve got this 40-year bridge that has to be crossed and I should imagine that it will be extremely difficult to find anything that will corroborate anything by this man,” added the one-time head of West Midlands Police (WMP) CID who since his retirement in 1998 has become a successful author.

On the night of the atrocities, Mr Plimmer had been investigating an armed robbery at the nearby Odeon cinema in New Street when they walked into the Tavern in the Town for a drink with colleague Mike Davey. He had suggested staying for another but Mr Davey said he had work to finish at Digbeth police station where they were both based.

After leaving the pub and walking past the Mulberry Bush at the foot of the Rotunda tower, they heard the first explosion.

“If Mike had said yes to that second drink, we probably wouldn`t be here today,” Mr Plimmer said.

Aged 23 at the time, he recalled seeing scores of badly injured people who were screaming, moaning and in obvious pain. He says the horror of the situation dawned on him when he saw a young girl looking up at him.

“I tried to reassure her… told her we would get her out and don`t worry, be patient.

“As I lifted her, her head fell to one side, the back of her head was missing completely.

“Suddenly I was holding a corpse. That really brought it home to you.”

He and his colleague worked through the night from the time of the first explosion at 7.50pm until 6am the next day.

“Having that experience at a young age, of course it has an effect on you, you remember it throughout your life. “Every November 21, you remember what happened that night.”

The original police investigation led to the convictions of the so-called Birmingham Six – described as one of the most infamous miscarriages of justice in British legal history. Now a new inquest into the bombings has been re-opened following a campaign by victims` families, who feel they have been denied justice and that their loved ones have been forgotten.

Last week former Chief Coroner of England and Wales Sir Peter Thornton said suspects will not be investigated or named in the new inquests into the deaths  a ruling denounced by the families as a “whitewash”.

He said it was “not in the public interest for these investigations and inquests to pursue unachievable, or indeed unlawful objectives. But he ruled he would accept evidence on the issue that West Midlands Police may have been tipped off twice about the possibility of a bomb attack, in the run up to the blasts. At a pre-inquest hearing in June last year, Senior Coroner for