Suspects behind the bombing of two Birmingham bars which left 21 people dead will not be investigated or named by new inquests into the deaths. 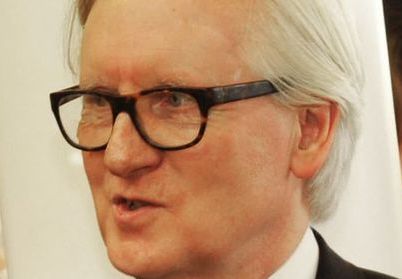 Suspects behind the bombing of two Birmingham bars which left 21 people dead will not be investigated or named by new inquests into the deaths. Former Chief Coroner of England and Wales Sir Peter Thornton QC has ruled that it would “not be in the public interest” or lawful to identify those believed to have perpetrated the pub bombings. But he ruled he would accept evidence on the issue that West Midlands Police may have been tipped off twice about the possibility of a bomb attack, in the run up to the blasts. Mr Thornton also agreed with submissions from WMP, Devon and Cornwall Police and the Police Federation of England Wales that only in cases of individual deaths will any failures of the emergency services be examined. His decision came as he published his written 15-page ruling on what legal course the new hearings  due to begin later this year  will take into the 1974 attacks. Bereaved relatives of some of the victims, who had made calls for the widest possible scope in their bid for “truth and justice” ahead of Wednesday`s (July 5) announcement, said the ruling “makes a mockery and a whitewash of the inquests”. Mr Thornton said: “To permit the identity of perpetrators to be within scope would be seen to be taking on the role of a proxy criminal trial. “If this were to result in a determination identifying those responsible for the attacks that would, in my judgment, be unlawful. “It is not in the public interest for these investigations and inquests to pursue unachievable, or indeed unlawful objectives.” He added, given the “sheer size and complexity” of any investigation into who may have carried out the attacks, it was not the role of the inquest. The judge added it would “be invidious for the inquests to attempt to do”, what various criminal and case reviews investigations had tried and failed to do over the past 43 years. He said: “The approach would inevitably be piecemeal and incomplete, mostly reliant upon persons named in books and the press, mostly by journalists.” Mr Thornton added any investigation into the perpetrators was “a task entirely unsuited to the inquest process”, given its “limited resources”. He also ruled out the reactions of the emergency services on the night of the bombings, forming any part of the evidence, despite the relatives` asking it be included. However, Mr Thornton said evidence could be heard on the issue that police may have been tipped off twice about the possibility of a bomb attack, in the run up to the blasts. Inquiries are also continuing by the coroner`s own legal investigation team into whether there is any evidence of a mole within the IRA unit which carried out the bombings. In a formal statement, ten of the 11 families involved, who belong to the Justice4the21 campaign group, said: “It is with anger and regret that we received today the decision of the coroner. “The coroner ruled earlier this year that the resumed inquests would be compliant with human rights standards. “We understood this to mean, and our legal team at KRW LAW LLP argued for, a wide scope to the inquests which would include possible systemic failings in the response of the emergency services and the issue of perpetrators  who they were, what was known about them before the bombings, who made the bombs and who planted them and why the bombings led to imprisonment of the Birmingham Six. “Following the advice of his Counsel, and agreeing with the arguments of the West Midlands Police, the Devon and Cornwall Police and the Police Federation, the coroner has decided that only in cases of individual deaths will any failures of the emergency services be examined and that the question of perpetrators is not within scope of the role of an inquest. “Ruling out the question of perpetrators  whether named or not  makes a mockery and whitewash of these inquests and contradicts with the issue of perpetrators in the Legacy Inquests in Northern Ireland. “Our legal team will be examining this decision on scope in order to