MPs have given their support to a Private Members Bill which aims to plug serious gaps in existing stalking laws that can leave victims vulnerable to abuse while police build a case against the suspected perpetrator. 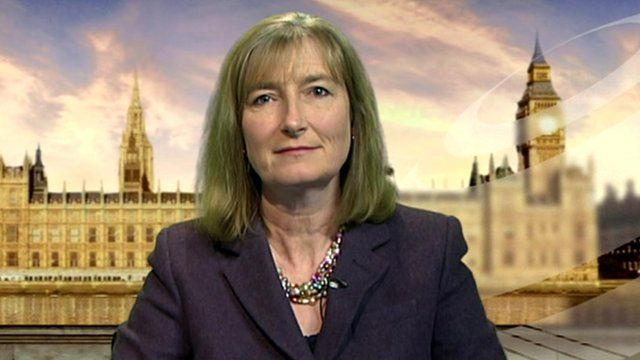 MPs have given their support to a Private Members Bill which aims to plug serious gaps in existing stalking laws that can leave victims vulnerable to abuse while police build a case against the suspected perpetrator. Commons Health Committee chair Sarah Wollaston gave the Stalking Protection Bill its second reading on Friday (January 19), to take the onus off the victim and allow early protections to be put in place on their behalf. It would mean civil Stalking Protection Orders (SPOs) can be issued by a magistrates court and set out clear restrictions  preventing a stalker contacting their victim and requiring notification to forces in England and Wales of all offenders names, aliases and addresses. Breach of an order would be a criminal offence with prison sentences up to five years. SPOs would cover cyberstalking, including acts carried out from another country. The requirement is expected to place significant additional burdens on police forces which will be responsible for applying for the orders. After the Bill passed its latest stage, campaigners warned that officers will need support to implement the measures. London Victims Commissioner Claire Waxman tweeted: Important first step towards victims receiving much needed protection from further harm while cases are investigated. To have real effect, must be supported with robust police training so officers are confident in how to apply it. Dr Wollaston stressed that while the orders give forces the chance to intervene at an earlier stage  before stalking behaviour becomes deeply ingrained  they are not intended to replace prosecutions. She claims there is a serious gap in the law for those who are subject to so-called stranger stalking. The Totnes MP added: SPOs will be able to help protect those at risk while a full criminal case is built. But the new regime to tackle offenders will not be effective, however, unless those on the front line of policing and across the wider criminal justice system have the training, resources and confidence to act on and enforce their powers. The Government  which is backing the Bill  has expressed its determination to follow through the recommendations of a report called Living In Fear, which highlighted the shortcomings in the response of the police and Crown Prosecution Service to harassment and stalking. Victims are often let down by under-recording, inconsistent services and poor understanding in the criminal justice system, with worrying failing at every stage, according to the joint Her Majesty`s Inspectorate of Constabulary and HM Inspectorate of Crown Prosecution Service report. One in five women and one in ten men will experience stalking during their lifetime, while the National Stalking Helpline has responded to some 14,000 calls since it was established in 2010. Stalking is a difficult crime to prosecute  despite being made a specific criminal offence in 2012  as the term is not legally defined, leaving space for differences in interpretation over persistent calls, unwanted gifts or unexpected visits. Home Secretary Amber Rudd announced plans for SPOs in December 2016 but no date has been set for their implementation. Dr Wollaston wants to replace the current system which is wholly inadequate  forcing victims to go through a much lengthier process of applying for an injunction through the courts. She said: There is currently a gap in the law, especially for those stalked by strangers and my bill aims to introduce a new stalking protection order to protect victims at the early stages of an investigation. Stalking is a crime that can cause devastating psychological and physical harm and is surprisingly common. It typically takes around a hundred incidents before a complaint is made to the police and many victims suffer in silence. One such devastated victim is BBCNewsnight presenter Emily Maitlis who has spoken of her fear that she will never be free of her stalker after being harassed by the same man for 20 year