The crime reporting system Facewatch, that enables businesses and city centre CCTV operators to report crime directly to the police, is to be adopted by Business Improvement Districts (BIDs).

The crime reporting system Facewatch, that enables businesses and city centre CCTV operators to report crime directly to the police, is to be adopted by Business Improvement Districts (BIDs).

Dr Julie Grail, chief executive of the British BIDs Association, said: Rapidly modernising the way crime is reported across the country and providing integrated online systems will prove of immense value to BIDs across Britain which are doing a tremendous job in improving our city centres.

Launched in 2010 with the Victoria BID and most recently adopted by the Waterloo Quarter BID, Facewatch is already used by the biggest BIDs in the UK along with a further 6,000 businesses. Facewatch has recently been upgraded to include the very latest social media tools. The new system will be made available free and with full training for the first 12 months of use by any BID.

The new social media additions to Facewatch make the system especially useful for the management and control of information by BIDS and Business Crime Reduction Partnerships (BCRPs) which are working closely with city centre businesses and the police.

All members are able to confidentially share and alert members to incidents and highlight individuals who are known offenders in real-time using internet tools. The system means that the overt use of radio communications, especially in the night-time economy, is reduced and a more discreet range of deterrents using smartphone technology can be used to ensure bad behaviour and petty crime is managed and ultimately reduced.

Ruth Duston, chief executive of the Victoria BID, which was the first to take Facewatch on board, said: We have seen and contributed to the system development to get it to where it is today and are convinced that this will make our communities safer over the coming years.

Helen Santer, chief executive of the Waterloo Quarter BID, added that Facewatch will help them get the most out of their relationship with the police to make the area safer.

Facewatch has already been adopted by a number of UK police forces and also works in partnership with Crimestoppers.

It is soon to be launched in Australia and the US.

Facewatch chairman Simon Gordon said: From its early beginnings as a simple way for businesses to report low-level crime with CCTV evidence directly to the police, Facewatch has evolved into a confidential communications platform leveraging the very latest in internet technology.

With the focus on creating crime-free and community-focused city areas, BIDS will find Facewatch the ideal tool to communicate easily with all the agencies involved and as an already established solution, used by many police forces, acceptance will be quick and effective. 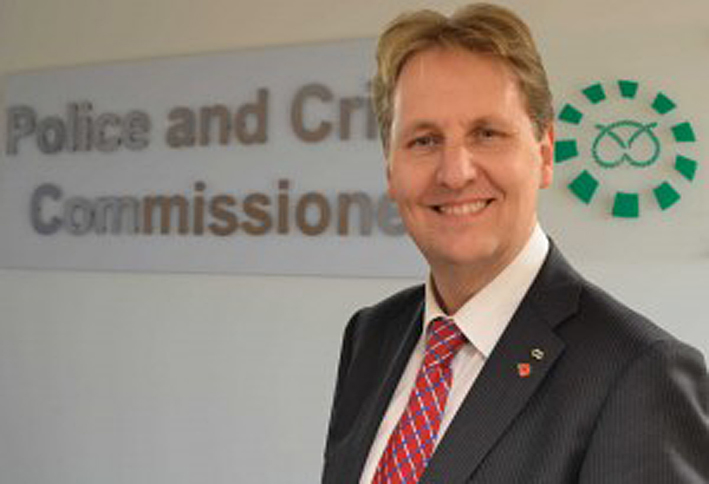