Most forces could do more to improve their understanding of hidden demand, an annual efficiency inspection has found. 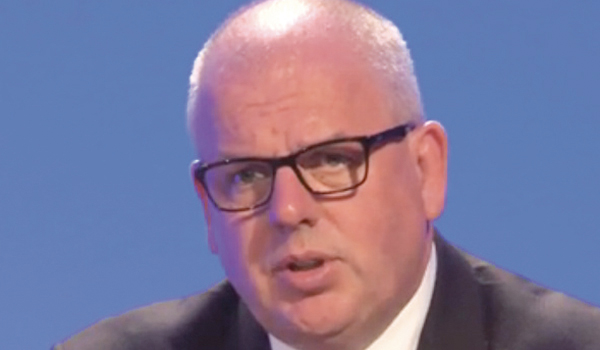 Most forces could do more to improve their understanding of hidden demand, an annual efficiency inspection has found. Forces are generally managing their resources well but need to better assess the pressures they face, according to Her Majestys Inspectorate of Constabulary and Fire and Rescue Services (HMICFRS). While almost every force has a clear picture of current demand, inspectors found the best-performing ones can identify where the greatest risk lies from under-reported offences. The report called for a more innovative approach to future planning, adding that failure to do so could potentially prove overwhelming. HMI Mike Cunningham said the majority of forces are able to demonstrate that they have absorbed budget reductions well and have improved the efficiency with which they operate. However, the majority of police forces need to be much more ambitious in their plans for changing how policing services are offered in the future, and to accelerate those plans, especially when improving their digitally enabled services, he added. The findings, published in HMICFRSs PEEL efficiency report on Thursday (November 9), recognised that policing is responding well to an increasingly complex landscape. Police recorded crime rose nearly ten per cent last year to nearly five million offences, and forces are being asked to cope with the lowest number of officers since 1985. The number of 999 calls received by control rooms also rose 10.5 per cent last year to nearly 158 per 1,000 population. The Government expects the service to become more efficient to cope with these changes. HMICFRS found that forces have generally adapted to mounting pressures and the vast majority have introduced new, more efficient policing models. Two forces  Durham Constabulary and Thames Valley Police  were found to be Outstanding at dealing with this pressure and 30 were graded Good. Another ten were classed as `Requires Improvement`, two more than in the previous year. Greater Manchester Police was not given a grade as the inspection took place shortly after the Arena bombing in May. The report showed almost every force adequately understands its current demand but the better-performing ones look beyond their own data limitations to predict where pressures will come from next. Some were even able to demonstrate sophisticated analysis techniques for identifying hidden risks in crimes that may not always be reported. Avon and Somerset Constabulary in particular was highlighted for using a commercial software application to predict offending patterns and behaviours. The force also works with partners to share data, identify risks and obtain insights into patterns of offending among potential sexual predators. HMICFRS said the majority could do more in this area. Concerns were also raised about the level of effort being put into planning for the future, which varies across the country. This had led to many forces making decisions without a thorough understanding of present and future demand, or their capability to meet it. The more successful forces showed they were not just planning one year ahead but three or four, with leaders asking what would be needed to avoid emerging threats. Forces are also increasingly using risk-based methods to inform resource allocation, but not many have effectively scoped the impact of moving resources from one area to another. This is particularly true in control rooms, where staff without proper resources sometimes have to meet this shortfall through their own discretionary effort. In a few cases, HMICFRS said even this is not enough and public needs are not adequately met. Although growing numbers of forces are improving their knowledge of the skills they have or need in their workforce, most are only focusing on current rather than future skills. Inspectors claim this short-sightedness is affecting their ability to plan for areas like digital technology, which are increasingly becoming a requi