Sometimes those offering unskilled dental or medical services are also guilty of fraud, as the increasing number of charlatans who prey on peoples vanity shows. 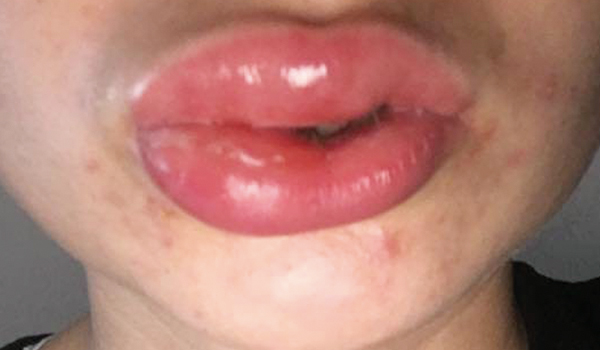 The growth of the selfie culture has turned tooth whitening into an industry worth an estimated £40 million in the UK alone. High-end whitening can cost hundreds, even thousands, of pounds, but the General Dental Council (GDC) is warning that those attracted by bargain price treatment can end up paying far more in the long term. When 18-year-old Abbie Kilbride decided to have her teeth whitened, she found people on her Facebook page using a woman who was local to her. She did it from home, which I never thought anything of, as maybe it was just a part-time job, said Ms Kilbride. I sat there for just over one hour, and every ten to 15 minutes she would top up the gel on my teeth. No questions were asked, like my age, whether I had ever had my teeth whitened before, or if I had any allergies. After I was finished my whole mouth was numb I just assumed it was because I had a gumshield in my mouth for over an hour, but when I looked in the mirror my lips were quite swollen and I was struggling to talk, but the woman brushed it off completely and said it was normal and I should put lipstick on and it would be fine. I woke up the next morning and my two lips were literally stuck together and the whole right side of my lip was huge as if I had been in the boxing ring. Ms Kilbride was left unable to speak because of the pain and had two large yellow blisters on the roof of her mouth. All of her calls to the woman who carried out the treatment went unanswered. Her doctor sent her to a dental hospital where she was found to have a combination of third degree burns and a possible allergic reaction. Although Ms Kilbrides case did not result in criminal charges, an increasing number of cases linked to beauticians or unlicensed dentists offering illegal tooth whitening services are going before the courts. Last month, Thomas Wilson was fined £5,000 for offering teeth whitening to patients at the Sheffield clinic, Wow Teeth Whitening, despite not being a qualified dentist. He was found guilty at Sheffield Magistrates Court of unlawfully using the title dentist and illegal tooth whitening following an investigation by the GDC. Mr Wilson, who was not registered with the GDC, was also ordered to pay a £250 victim surcharge and costs of £2,071.85. Last week Cheryl Brough pleaded guilty at Doncaster Magistrates Court to illegal tooth whitening in a prosecution brought by the GDC after Ms Brough was found to be carrying out tooth whitening illegally while working at Vanity Lounge, in Worksop, in February. The 45-year-old was fined £200 and ordered to pay a £30 victim surcharge and the full costs of £1,418 to the GDC. The popularity of teeth whitening services has also seen a growth in home treatments. Last year, father and son John and Matthew Hargreaves were each jailed for 18 months for selling unsafe DIY teeth-whitening kits that left many users with bleeding gums from chemical burns. Over ten years they had made more than £3 million from the kits. An investigation, Operation Gleam, had begun when Trading Standards officers from Powys County Council discovered the company trading at the Royal Welsh Show in 2013, claiming its product was ideal for any age group and was used by leading dentists throughout the UK and Europe. Officers bought a sample of the product and discovered it contained up to 110 times the allowable level of the bleaching agent, hydrogen peroxide. The products were considered so dangerous that the officers issued a public warning that the DIY kits could aggravate gum disease or even cause chemical burns to the mouth. Victoria Sheppard-Jones, interim head of the GDCs illegal practice team, said: Cases such as this show how important it is for patients to receive dental care, which includes tooth whitening, from someone who is suitably qualified and has the skills and experience to carry out the treatment safely. The GDCs role is to protect patients and work to maintain public confidence in the dental profession. Part of the way we achieve this is by