Bedfordshire Police has become the first force to be graded ‘outstanding’ for the way it manages offenders and suspects following an inspection by Her Majesty’s Inspectorate of Constabulary and Fire and Rescue Services (HMICFRS). 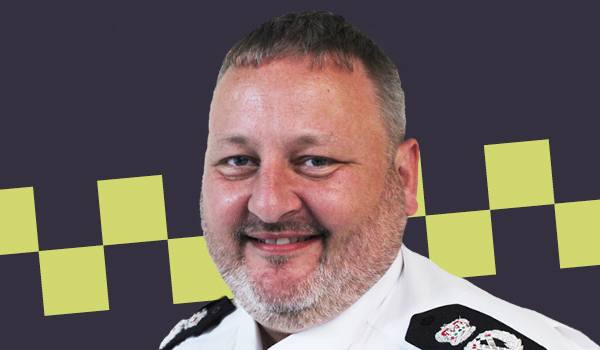 Inspectors found that 72 per cent of those under Bedfordshire Police’s Integrated Offender Management scheme had stopped or reduced offending in 2020/21, including a 91 per cent reduction among known burglars. The approach is estimated to have saved society more than £2.3 million across all crime in that 12-month period.

Chief Constable Garry Forsyth said: “It’s fantastic to receive an ‘outstanding’ grade and is testament to our commitment to proactive prevention rather than just responding to crimes.

“By working with people caught in the cycle of crime and guiding them to help and support it not only saves society money, but ultimately reduces the number of victims.”

However, it was graded only ‘adequate’ for protecting vulnerable people and ‘requires improvement’ in both responding to the public and investigating crime.

Inspectors praised the force across a range of areas including work on digital engagement and ensuring ethical use of stop and search and use of force powers.

The work to tackle cybercrime, including the innovative use of four digital vans to assess and secure evidence in high-risk investigations, was also highlighted as good practice.

Areas for improvement included call handling in the force contact centre and oversight of investigations to better protect victims, including the use of Domestic Violence Protection Orders (DVPOs) – with only 14 issued during 2020/21.

However, since the inspection the force said its use of DVPOs is on track to exceed more than 200 for 2021/22 – following changes to give greater supervision and the formation of a separate ‘safeguarding and intervention team’.

A full-scale review of the force contact centre has also taken place focusing on investing in staff and making best use of technology. A new approach is set to be launched later this year, said Bedordshire Police.

Mr Forsyth said: “I’m incredibly proud of all of the innovative work being carried out by the force, we have some exceptional people with great ideas to help us police more effectively – and crucially, given our financial issues, efficiently.

“It’s also particularly pleasing the inspectors recognised the work we are doing around transparency, including the independent scrutiny we invite on stop and search and use of force – that is so crucial to building trust and confidence with the public.

“While the positives are great, perhaps more important is to identify areas for improvement, particularly when it involves victim care. The HMICFRS process gives us independent insight and can help shine a light on areas in need of focus.”

He added: “We have already made strides forward in some of the areas which were highlighted, and our police and crime commissioner (PCC) is also committed to helping us invest and focus on where we need to improve our service to the public.”

Bedfordshire PCC Festus Akinbusoye said: “The fact the areas for improvement that the inspectorate has identified came as no surprise; the force executive says to me that the leadership of the force knows where more attention and investment needs to be made.

“Feedback from residents given to me about the time taken to answer some 999 and 101 calls made it very clear more needs to be done.

“Call handling and the oversight of investigations were already highlighted to me as areas for concern by the chief constable but investment was needed to deliver sustainable improvements.

“And that is where some of the increase in this year’s council tax precept is going, straight into the areas that need to be improved. Into better technology and more call handlers in the force control room, 20 more detectives into our Emerald team dedicated to the investigation of domestic abuse and serious sexual offences, and almost doubling the size of our rural crime team.”

Mr Akinbusoye added: “Without a fair police funding formula for Bedfordshire there will always be areas that don’t have the investment they need and a constant juggle of where to move resources to.

“I continue to lobby for the review of the funding formula to ensure that Bedfordshire receives what it needs based on the reality within our county boundaries, not on its historic status as a shire county.

“I’m incredibly proud of the officers and staff of Bedfordshire Police– they are a credit to our county. Their commitment to serving the public, their diligence, professionalism, and bravery to put themselves in harm’s way between law-abiding residents and the criminals who blight our towns and villages never ceases to amaze me.

“I want local people to be able to see and feel that the force is responding to the need to grow and develop across all parts of policing to tackle the increasing demand and changes in crime and criminality in Bedfordshire.”

Her Majesty’s Inspector of Constabulary Matt Parr said: “Bedfordshire Police has improved across a number of areas and performed well in keeping people safe and reducing crime.

“I congratulate the force on being the first to achieve an outstanding grade for the way it manages offenders and suspects. It has demonstrably reduced reoffending for serious offences like burglary and those involving domestic abuse. The force works well with other organisations to achieve these reductions.

“I am pleased to see that the force is still performing well in relation to stop and search. Its external scrutiny panel is important in making sure officers act with integrity and maintain public confidence. The panel consists of local residents and provides robust scrutiny of stop and search encounters, reviewing footage from officers’ body-worn video and giving feedback on this. The force is very open to this feedback and monitors trends so it can find ways to improve.

“These arrangements have again led to the force having impressive results in our stop and search audit. I congratulate the force on this achievement.

“However, the force still needs to work on its supervision of investigations, and on providing a consistently effective contact service with the public. Bedfordshire Police is aware of areas where it needs to improve further, and I am encouraged by its focus on the tasks ahead.”