Islington saw communications specialists from police forces and other public safety organisations meet to discuss major issues affecting the communications and technology community at the BAPCO exhibition and conference.

Islington saw communications specialists from police forces and other public safety organisations meet to discuss major issues affecting the communications and technology community at the BAPCO exhibition and conference.

The conference and seminars heard presentations from managers across all services discussing interoperability issues, the handling of major disasters over the past year including the July bombings and Hurricane Katrina as well as major technological advances.

Presentations were made on micro-technology, mobile data transmission and wireless systems for security applications.

Emergency services have come closer than ever to being able to communicate effectively together and the signing of contracts to provide Airwave for both Fire and Ambulance will be a factor in the next years communications developments for all services.

Motorola demonstrated their TETRA PDA in the UK for the first time. Due to be available from September the device has application providers programming systems to work on the device.

Under 400g and with similar features to other PDAs the Motorola device will operate using TETRA as well as GPRS and 3G.

Gary Maughan, Motorola Marketing Manager demonstrating the devices applications said: We are very excited about having the first TETRA PDA which will move away from simple voice transfer to getting under the skin of the service by aligning systems with people and processes.

The PDA boasts the same specifications as any high level PDA such as 8-10 hours of battery life dependent on applications being run, 128 MB of memory and an in-built 1280 x 960 SXGA camera.

Working on Windows 2005, data applications can be built that send small packets of information across the TETRA network allowing additional security of data. Where larger data transfers are required, the PDA can access GPRS and 3G.

Several applications suppliers including Beat Systems and Arqiva are creating applications that will run on the device. These include PNC checks, Electoral Roll lookups and other force applications. With the inbuilt camera, the device is being considered for wider uses including issuing electronic fixed penalty notices.

Superintendent Ray Dance says Niche RMS will give West Yorkshire officers instant access to all the information the force has on file, from thousands of mugshots and offender entries to detailed information on incidents and digital geographic mapping.

The force began implementing the system on April 3, and plans a phased geographical rollout across its divisions.

According to Superintendent Dance, the Niche Records Management System (RMS) has already enabled the force to identify critical information from the many records held on file.

Niche RMS provides a single system covering what were previously separate processes. It supports the business processes of Custody, Crime, Intelligence, Case Preparation and Property and is extending into the areas of Vehicle Recovery and Missing Persons.

The advantage of Niche over the previous systems is that all of the information relating to a person, vehicle or address is linked. The information is visible to all of the officers using the system, with firm and consistent controls over access levels and security. 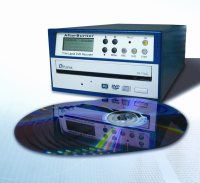