Finalists in the first national awards to celebrate the ordinary people doing an extraordinary job have just been announced. The APD Control Room Awards 2018 are the first to recognise and celebrate the life-saving and life-changing work of staff in control rooms within emergency services and critical control operations across the UK. 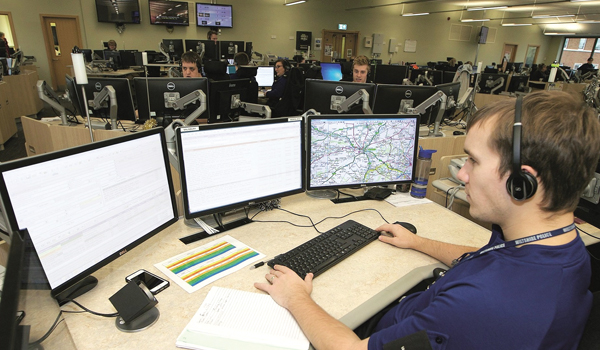 Finalists in the first national awards to celebrate the ordinary people doing an extraordinary job have just been announced. The APD Control Room Awards 2018 are the first to recognise and celebrate the life-saving and life-changing work of staff in control rooms within emergency services and critical control operations across the UK. There were more than 200 nominations  the majority for individual control room personnel  for the nine award categories. Judges said the shortlisted entries recognised the extraordinary, behind-the-scenes contribution of control room staff in serving society, keeping the public safe and secure, and responding to the most difficult and harrowing situations and emergency incidents. John Flynn, head of contact management for Wiltshire Police, said: Control room operators are ordinary people doing an extraordinary job. Every day they come to work not knowing what they might deal with; what the next phone call will be. The reality is our control room staff deal with life and death situations  people dont ring to tell us theyre having a good day. He added: We have situations where our staff find themselves dealing with people who are threatening to take their lives. When officers get to the scene we will often call out a trained negotiator but, on many occasions, a control room operator performs that role in the first instance  trying to engage with the caller, talk them round and make them see there are other alternatives to taking their lives. In those sorts of situations their problem-solving and communications skills come to the fore. Tom Donohoe, customer contact centre head at West Yorkshire Police  who has himself been shortlisted in the Leader of the Year category  has welcomed the long overdue awards. People remember the officers on the scene at a major incident  they dont always recognise that, more than likely, the response began with the skilled handling of a call into a police control room, he said. In such incidents its down to a call handler to stay calm, take down the details, assess the risks and look after the officers going out to the incident, by making sure they know what they are going into. All of that can sometimes go unnoticed. Im a really big supporter of these new awards  they are long overdue. Our control room staff and their counterparts around the country do great work, every single day, and that deserves to be recognised. Mike Isherwood, director of control room software specialist APD Communications, which has organised the inaugural awards, said they did not quite know what to expect and have been absolutely bowled over by the tremendous response. We expected to receive nominations for control room personnel from their colleagues, but it has been great to also see so many emergency services organisations embracing the awards and wanting to celebrate their staff. It shows just how much they appreciate their remarkable work, he added. Nominations came from more than 40 organisations across the UK. The finalists are: Award for Services to the Public (Sponsored by telent Technology Services): Alison Brenton Bowes, Kent Police; Daniel Smith, West Yorkshire Police; and Sanchez Singh, Greater Manchester Police. Lifetime Achievement Award (Sponsored by APD Communications): Lyn Juby, London Fire Brigade; Jules Lockett, London Ambulance Service; and Eddie McEvoy, West Yorkshire Police. Control Room Dispatcher of the Year: Iain MacKay, Police Scotland; David Edd Redwood, Cornwall Fire and Rescue Service; and Cheryl Skelly, Police Scotland. Leader of the Year: Tom Donohoe, West Yorkshire Police; Jules Lockett, London Ambulance Service; and Philip Quickenden, Suffolk Police. Control Room Call Taker of the Year (Sponsored by Sopra Steria): Lisa Canovan, Greater Manchester Police; Leanne Ross, Police Scotland; and Samantha Seager, Metropolitan Police Service (MPS). Community Champion Award: Usama Darr, MPS; Clive Hamilton, N