The Attorney General has been asked to consider whether jail terms given to the three teenagers who killed Police Constable Andrew Harper are unduly lenient.

Henry Long, 19, and 18-year-olds Jessie Cole and Albert Bowers were sentenced at the Old Bailey last week for manslaughter.

The 28-year-old newlywed, a traffic officer for Thames Valley Police, died in horrific circumstances on August 15 last year when he tried to stop the trio fleeing after they stole a quadbike in Stanford Dingley, Berkshire.

PC Harper was caught in a crane strap dangling from the back of a Seat Toledo driven by Long, and dragged to his death.

On Tuesday (August 4) the Attorney General’s Office confirmed that they have been asked to consider if the jail terms handed down are too lenient.

Long, of College Piece in Mortimer, was sentenced to 16 years, while Cole, from Paices Hill, Aldermaston, Reading, and Bowers, of Windmill Corner, Mortimer Common, Reading, were each handed 13-year terms.

“I can confirm that we have received a request for the cases of Henry Long, Albert Bowers and Jessie Cole to be considered under the unduly lenient sentence scheme.

“The Law Officers have 28 days from sentencing to consider the case.”

PC Harper’s widow Lissie had expressed bitter disappointment that her husband’s killers were cleared of murder and instead found guilty of manslaughter.

The Attorney General has no power to order a retrial, and prosecutors would either need new and compelling evidence to apply for the acquittals to be quashed, or there would need to be proven interference with the jury.

Measures were put in place to protect the jury in the Pc Harper case, and one female juror was discharged after she was seen by a prison officer to mouth “Bye boys” to the teenagers in the dock.

But trial judge Mr Justice Edis said there was no evidence that the jury had been pressured.

He told the Old Bailey: “It may be believed in some quarters that the jury was subject to some improper pressure.

“To the best of my knowledge and belief there is no truth in that at all.” 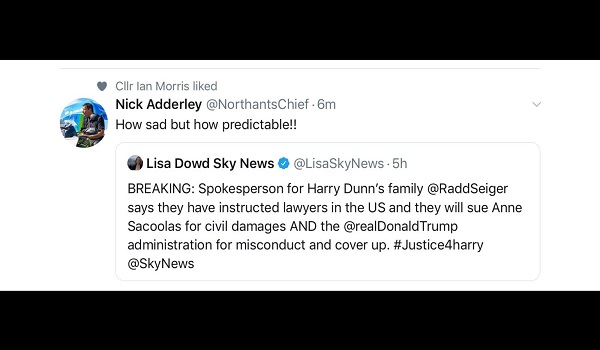