Northamptonshire Police are working with the Jill Dando Institute Of Crime Science, to develop a knowledge-based computer system that will enable Scenes of Crime Officers (SOCOs) to be more effectively deployed.

Dr John Bond, Head of the forces Scientific Support Department, and Dr Mike Townsley and Dr Rick Adderley from the Institute at the University College London have been awarded a research grant of £100,000 from the Home Office to deliver a computer system enabling SOCOs to be sent to incidents where there is the best chance of finding forensic evidence.

The system will use artificial intelligence to take decisions based on eight-years worth of data on crime scenes that has been collated by Northamptonshire Police; although the work is being pioneered by the force, the aim of the project is to create a system that would be available to all police forces in the country.

Dr Bond said it was the first time that anyone had tried to create such a system, and he was optimistic about its potential.

“Im really excited about this project and the way it could develop. No one has ever thought of doing this before but this system could be an extremely valuable tool.

“Force are coming under more and more pressure to send SOCOs to incidents and indeed, once we would have tried to attend as many scenes as possible. But SOCOs are a limited resource, and now we need to ensure that they are directed to crime scenes where there is the maximum chance that forensic evidence will help to detect the crime.

“Rather than relying on an individual, who is probably not experienced in crime scene examination, to make that decision, the computer system we are trying to develop will have the knowledge to be able to assist in the decision making process.

“In Northamptonshire, we focus on detecting burglary and autocrime, and we do it well but we concentrate on visiting these crimes sometimes at the expense of attending other kinds of incident. While we will always attend certain kinds of crime, other metropolitan forces may be under greater pressures than us and may find this computer system really beneficial in helping them to prioritise their work and maximise the number of crimes they detect.”

The project team intend to develop the system and make it available by next April, and Dr Bond hopes that once the system is up and running, it may be developed further so that it will be able
to advise SOCOs on what kind of forensic evidence they could expect to find, and where to find it.
“This is not just a new spin on an old idea, this is a totally different way of looking at things that will take the way we examine crime scenes into the 21st Century, producing a kind of shopping list to guide SOCOs in where to find the best evidence.” 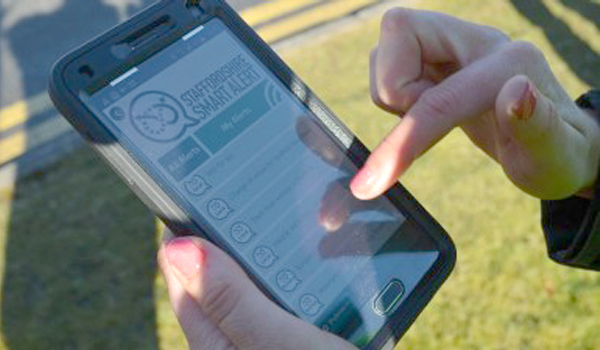