Arresting beggars a `last resort` as prosecutions fall 40 per cent

Forces across England and Wales are adopting a multi-layered change of approach that is being credited with a big drop in prosecutions under the Vagrancy Act. 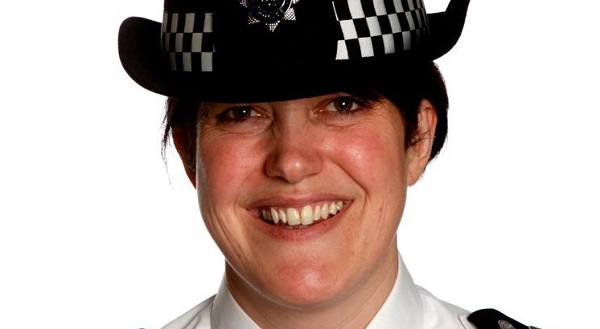 Forces across England and Wales are adopting a multi-layered change of approach that is being credited with a big drop in prosecutions under the Vagrancy Act. Arresting beggars has become a “last resort as new figures show that court cases have fallen by 40 per cent in two years. Freedom of Information figures show that the number of prosecutions under the Act has gone from 3,071 in 2014/15 to 1,810 in 2016/17. The offence can be punished with a fine of up to £1,000, and the data suggests that many forces are moving away from issuing penalties which homeless people cannot afford to pay  instead steering people to the many support services offering help. Previous data shows that the number of arrests increased by more than 1,000 from 1,626 in 2012/13 to 2,771 the following year. Charities believe their research shows that fines are ineffective and detaining beggars does not solve the problem. Forces including the Metropolitan Police Service (MPS), North Yorkshire Police (NYP) and South Yorkshire Police (SYP) have partnered with support services, allied to the use of anti-social behaviour laws and dispersal notices. The suggestion that tightening of policing budgets has curtailed prosecutions is soundly dismissed by MPS Sergeant Nikki Clarke-Rogers, a neighbourhood policing veteran of 21 years service. We have a conjoined approach now. Its a question of helping, coming away from prosecution and signposting the vulnerable towards support services, she told Police Professional. But if they dont work with us and disengage, then we have to go down that route of prosecution as there is nothing more we can do. Arrest is a “last resort” reserved for aggressive beggars. “If there is an aggravated element to it, when someone is in people`s faces or shouting, or we get people faking illness or pretending to use a walking stick, we will arrest,” she added. NYP agrees and says the force is now focused on providing “support” for beggars. “However, prosecution remains an option for repeat offenders who may not be in genuine need, or those who employ more aggressive tactics,” a spokesperson added. Chief Superintendent Rob Odell, SYPs district commander for Rotherham, says begging is an issue that affects every centre in the country. We prefer to deal with the issue by signposting people to the many support services offering help, but we will take enforcement action where necessary, he added. Sgt Clarke-Rogers says legislation  such as the Anti-Social Behaviour, Crime and Policing Act 2014  has helped protect the vulnerable in her Westminster district. Criminal Behaviour Orders  with a no entry restriction  are keeping known dealers away from Westminster. It is stopping them functioning in the locality, she said. In addition, two MPS operations running alongside one another are tackling the devastating impact of Spice, classified since last year as a Class B controlled substance under the Misuse of Drugs Act 1971. Since January the multi-agency Operation Kaskara has dealt with anti-social behaviour and crime related to Spice  resulting in 45 arrests and 73 people being directed to leave some of the hotspot areas under Dispersal Notices. Operation Spatha, set up in March, is directly aimed at hitting the supply of the Class B drug. West End Safer Neighbourhoods Inspector Richard Jary said: “Spice can have a devastating impact on the lives of those that use it. It is a harmful drug. “We will enforce the legislation and arrest those who deal and possess this drug, but under the operation we will also signpost the vulnerable to partner services to protect them. Charities see the value of the new approach. Oliver Hilbery, director of MEAM, said: “Obviously a financial punishment for someone without a great deal of money doesn`t mean a lot, and the short term nature of the sentence doesn`t make any sense. “Often if you go to prison for two weeks then you`re not going to get any support when you come out.” Larry Sanders, brother