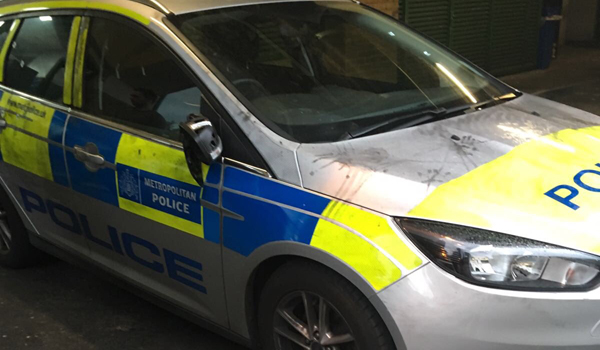 The Metropolitan Police Service (MPS) has warned further violence cannot be tolerated after masked activists protesting a mans death attacked officers and vandalised local buildings. Officers were pelted with missiles and fireworks and a road was blocked off after a demonstration over the death of 20-year-old Rashan Charles turned hostile on Friday (July 28). One officer sustained an injury to his eye and a member of the public was assaulted while protestors smashed windows and set fire to wheelie bins. A 17-year-old has been charged with two counts of grievous bodily harm against officers and affray. The injured officer remains fit for duty, the MPS confirmed. Meanwhile, Mr Charles family has appealed for peace on the streets, adding that violence could affect the ongoing investigation. Detective Superintendent Claire Crawley said: The disorder of last night was separate from the peaceful protest at Stoke Newington police station that was held earlier that day. Thankfully, nobody was seriously injured, but there was inconvenience to local residents and road users and damage caused to vehicles, a cash machine and a number of windows. We will always support the right to lawful protest but behaviour such as that seen last night cannot be tolerated. Mr Charles died in hospital on July 22 after he was arrested by MPS officers in a shop in Hackney. CCTV footage showed him putting a package into his mouth before an officer wrestled him to the ground. The MPS said Mr Charles had been trying to swallow an object which caused him to fall ill. The incident, which came just weeks after 25-year-old Edson da Costa died in similar circumstances, is being independently investigated by the Independent Police Complaints Commission (IPCC). So far, the IPCC has analysed body-worn video and CCTV footage and is gathering witness statements from officers and members of the public. It has also provided Mr Charles family with a dedicated liaison manager and IPCC Commissioner Cindy Butts has met with local young people to discuss community policing issues. Mr Charles family issued a statement following the disorder, which said: We appreciate all support, but any hostile actions or other events, at this stage, that may risk detracting from our current cooperative engagement with the IPCC and Met police is unwelcome.