The Association of Police and Crime Commissioners (APCC) has appointed a new chief executive who brings almost three decades of experience in the criminal justice system to the role. 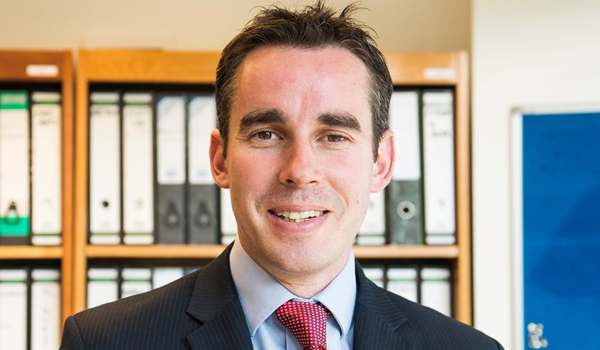 Phil Golding, 44, will take up the post later this year after six years as head of the Law Commission.

APCC chair Marc Jones said: “We are delighted that Phil will be leading the APCC. He was an outstanding candidate and will bring real knowledge and experience of the criminal justice system, as well as an impressive leadership record as an exceptional chief executive officer at the Law Commission.

“We were particularly struck by Phil’s strategic grasp and vision, as well as his track record of leading high performing and well-supported teams.

“This is a critical time for policing and effective public oversight and governance has never been more vital to building public confidence in policing.

“We are confident that under Phil’s leadership the APCC will maintain and grow its influence and provide a strong voice for our members and their communities as we look to deliver our ambitious plans for an ever safer Britain.”

Mr Golding’s experience of the justice system stretches back to 1994 when he joined the then Lord Chancellor’s Department. Since then, he has progressed through the ranks via Ministerial Private Offices and various roles.

He served as head of the Senior Presiding Judge’s office between 2008 and 2011, before moving to HM Courts and Tribunals Service to undertake a number of operational roles, including head of crime for the South West.

Mr Golding is married with two children and lives in Kent, where he is “passionate about the outdoors” and serves as magistrate. He joined the civil service as a 16-year-old and passed his degree through the Open University.

He said: “I am thrilled to be joining the APCC and to be able to play a role in strengthening the ability of police and crime commissioners and other policing bodies across the country to deliver safer communities for all.

“The organisation is pivotal in delivering modern and effective policing, driving down crime, protecting our population and providing the best possible services for victims.

“It is an honour to be chosen for this role and though there are challenges ahead I relish the opportunity to take them on.”