British Jews continue to endure intolerable levels of hate crime as too little is done to prevent abuse, a charity has claimed. 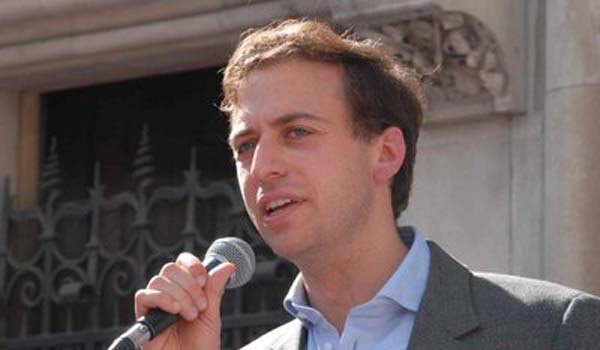 British Jews continue to endure intolerable levels of hate crime as too little is done to prevent abuse, a charity has claimed. Anti-Semitic hate crime rose by 44 per cent between 2014 and 2016 to the highest level on record. More than 100 of the 1,078 offences recorded last year involved violence  but the Campaign Against Anti-Semitism (CAA) claims just 89 led to charges and only 15 cases were prosecuted. The group added if nothing is done, there is a very real danger British Jews may emigrate to escape further abuse. The CPS does not recognise the CAAs figures but could not break its own statistics down by religious group. CAA chairman Gideon Falter said: The failure of police forces and the Crown Prosecution Service to protect British Jews is a betrayal. The solutions are simple, but whilst the right promises are being made, little has been implemented. The result is that British Jews continue to endure intolerable levels of hate crime. Charging rates for anti-Semitic hate crime have plummeted by nearly 36 per cent since 2014 to the point that just 8.3 per cent of cases are taken forward. Just under half of forces that received reports of abuse did not make any charges. The CAA claims this may be because officers are failing to recognise anti-Semitism and may mistake it for political discourse. The figures showing 15 cases were prosecuted were not supplied by the CPS and instead came from a review of the CAAs own data and press reports. Previous CAA research has shown 26 per cent of British Jews have confidence in the CPS and 23 per cent think authorities are doing enough to address anti-Semitism. The group has recently begun privately prosecuting offenders itself and in March won a judicial review over the CPSs decision not to charge neo-Nazi leader Jeremy Bedford-Turner. A CPS spokesperson said it prosecuted more religiously-aggravated offences than ever last year at more than 15,000 cases. Religiously-aggravated hate crimes display an ugly element of society which can be devastating to victims who have been targeted because of their beliefs, they added. We will always prosecute crimes against people of all faiths where there is sufficient evidence and it is in the public interest to do so. Assistant Chief Constable Garry Shewan, national lead for hate crime, said: The police service is committed to tackling all forms of intolerance and hate-motivated crime, but to do so we need all victims or witnesses to come forward and report these incidents to us. I want to reassure all communities that you will be listened to, taken seriously, and officers will do all they can to bring offenders to justice.